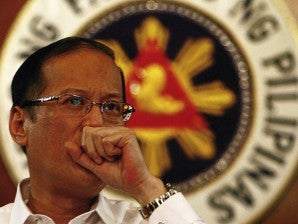 MANILA, Philippines — President Aquino should exert strong political will to scrap the pork barrel fund, and if he were to fail to do so, he would expose his “daang matuwid (straight path)” campaign as a mere slogan, former National Treasurer Leonor Briones said Sunday.

Briones and analyst Bobby Tuazon agreed it would be easy for the executive department to tweak the budget and distribute the pork barrel fund to priority projects, through government agencies.

That way, the government would also eliminate political dynasties who have been surviving on pork barrel to perpetuate themselves in power, and usher in a new breed of politicians, they said.

But since the pork barrel fund, officially called the priority development assistance fund, has ensured the support of lawmakers for the  proposed national budget, it would be for the country’s President to heed calls to scrap it, Briones said.

But the former national treasurer added that the President should not be restrained by political expediency.  “If he is his mother’s son, and he says the Filipinos are his boss, perhaps he should listen to his bosses. But is he listening to his bosses? We have to look at the records,” Briones said in an interview Sunday.

“All that he needs to do is delete that line – it’s just one line in the budget,” she added. “Yes, it’s all about political will.”

The President is facing public outrage over misuse of the fund and snowballing calls for its abolition following the Inquirer series on the P10-billion pork barrel scam allegedly engineered by businesswoman Janet Lim Napoles with the complicity of lawmakers.

Deputy presidential spokesperson Abigail Valte said she has not consulted the President on these developments, but otherwise his position has remained that the PDAF would serve the poor.

“The last time that I spoke to the President, his position remained the same. However, we’d like to have the opportunity to discuss it with him in light of recent events,” Valte said over radio.

The Commission on Audit last Friday reported that some P6.2 billion from the PDAF of Senators Ramon Revilla Jr., Juan Ponce Enrile, Jose “Jinggoy” Estrada and Gregorio Honasan III were transferred to 82 non-government organizations, which could not be accounted for, from 2007 to 2009.

Ten of the NGOs had links with Napoles, who allegedly through her company JLN Trading Corp. converted P10 billion in pork barrel fund into kickbacks over 10 years, using dummy foundations, fake beneficiaries and bogus signatures of officials.

That same day, several faculty members from the University of the Philippines called for the abolition of the pork barrel fund.

A huge rally is being mobilized to step up calls for the abolition of the pork barrel is set for August 26.

Tuazon agreed that scrapping the pork barrel would require a tough decision by both Malacañang and Congress, after all, the fund was the Executive Branch’s tool to ensure cooperation of lawmakers for its “pet bills.”

“For that to happen requires a tough political decision both by Congress and Malacañang,” Tuazon, director for policy studies of People Empowerment in Governance, said in an interview Friday.

If sustained, the call for the abolition of pork barrel could eventually pressure Malacañang to yield, said Briones, professor at the UP College of National College of Public Administration and Governance.

But if Aquino ignored the call, “his stature and that of his party mates will go down,” Briones said. “Daang matuwid will be exposed as mere slogan. The people will realize they’re not the boss after all. His winning slogan, `walang kurap…’ will lose its meaning.”

Briones said distributing the pork barrel fund to other items in the national budget for social development, economic development and general government should not be difficult.

She said that the DBM prepares the budget based on a list of projects submitted by different agencies, and hence, could allot funds for certain projects in terms of priority.

“So distributing the P25 billion should not be a problem,” she said, referring to the allocation for PDAF in the proposed P2.268 trillion 2014 budget.

At the beginning of every year,  the Development Budget Coordination Committee,  composed of the Department of Budget and Management, Department of Finance, National Economic Developmemt Authority and Central Bank, meets to craft the fiscal policy, and determine “the magnitude of expenditures” and income, and deficit, Briones said.

Once they have determined these, they agree on the theme of the budget.

“Unlike the congressmen who just choose, there’s a very rational process that is built into the budget process,”  Briones said.

Tuazon said that scrapping the pork barrel fund would give the Executive Branch “more elbow room and flexibility” to prioritize budget items for poverty alleviation, education and housing.

The abolition of the pork barrel fund would also pave the way for the emergence of a new breed of politicians who run for a seat in Congress to legislate laws, Tuazon said.

Briones agreed: “If successful, the abolition of pork will hopefully pave the way for a new breed of congressmen and executives who will do their duty without expecting pork or beef.”