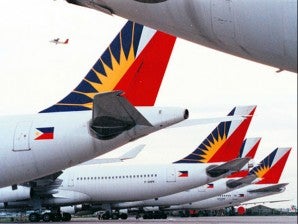 MANILA, Philippines—The Philippine Airlines Employees’ Association (Palea) on Thursday called on the Department of Justice (DOJ) to dismiss the harassment case against its 241 members who protested against the retrenchment of 2,000 PAL employees.

“The DOJ [should] dismiss the harassment case against the Palea 241 because of a fatal flaw. Lawyers of Philippine Airlines do not have any clearance from the Department of Labor and Employment (DOLE) in filing the case,” said Gerry Rivera, PALEA president, in a statement.

He explained that any complaint arising from a labor dispute would require such a clearance before civil courts could take jurisdiction.

Rivera stressed that the harassment case would have a chilling effect on labor relations and would be a clear and present danger to workers’ rights.

“Labor protests will then be banned in the aviation industry with workers penalized by both imprisonment and fine in violation of constitutionally guaranteed rights. This will be a grave precedent and new special laws can then be enacted to deny workers the freedoms of assembly, expression, self-organization and strike,” he said.

He described the case as void of any legal basis as no damage was caused to airport facilities.

“Moreover, the case is a labor issue and thus prior authority from the DOLE and DOJ should have been secured prior to the filing of the complaint,” Rivera said.

The airline workers’ union filed the petition for review after a Pasay fiscal found probable cause for violation of Section 81 of Civil Aviation Authority Act (CAAA), pertaining to disruption and destruction of airport services and facilities during Palea’s protest against PAL outsourcing on September 27, 2011.

Rivera said the union’s protest against outsourcing was a constitutionally guaranteed right to seek redress of grievances and did not fall under the provisions of the CAAA.

Palea and the new Philippine Airlines management are still in negotiations over the union’s demand for the return of retrenched workers to their regular jobs.

Meanwhile, Palea welcomed the Ombudsman’s filing of a complaint against DOJ assistant prosecutor Diosdado Solidum Jr. for allegedly attempting to extort P2.4 million from Palea in exchange for the dropping of the case filed against the union members.

Rivera said they would file on Thursday, a separate administrative complaint before the DOJ against Solidum, who was arrested in an entrapment operation last week.