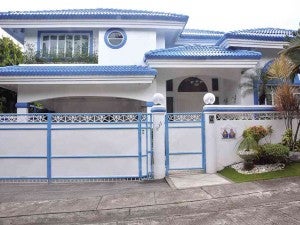 IS SHE HERE? This house on San Isidro Street, Ayala Alabang Village, Muntinlupa City, is allegedly one of the 28 real-estate properties owned by fugitive Janet Lim-Napoles. JOSEPH AGCAOILI

It’s hard to find a fugitive who owns at least 28 houses in the country.

The National Bureau of Investigation will have to deploy more agents than usual to find and arrest fugitive Janet Lim-Napoles if she is hiding in one of (at least) 28 homes and condo units she has acquired in Metro Manila, Laguna, Cavite, Batangas and other parts of Luzon.

Napoles’ residential properties range from her long-time home in Biñan, Laguna province, to a house in Ayala Alabang Village in Muntinlupa City, one house each in Forbes Park and in Dasmariñas Village in Makati City, units in Serendra and Pacific Plaza Towers in Bonifacio Global City and in Eastwood City in Quezon City, and houses in Tagaytay Highlands and Punta Fuego in Nasugbu.

The INQUIRER came to know of these real-estate assets from the registration papers her firm JLN Corp. and Magdalena Luy-Lim Foundation had filed in the Securities and Exchange Commission (SEC), and from the information that Benhur K. Luy, a second cousin of Napoles, furnished the NBI. 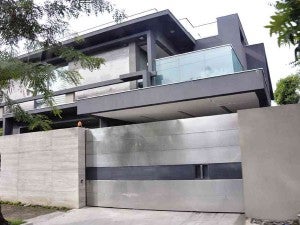 A branch of the Makati City Regional Trial Court issued on Wednesday a warrant for the arrest of Napoles, the alleged brains behind the P10-billion pork barrel scam, and her brother for allegedly detaining Luy for three months until the NBI rescued him last March.

In Biñan, Laguna, one cannot miss Napoles’ house on Ma. Teresa Street in South City Homes. Aside from the barangay outpost that serves as landmark, the house stands out because it is painted bright pink.

But the house of her mother, Magdalena Luy-Lim, on Iligan Street in the same subdivision is discreetly tucked behind a concrete fence just as high as the one-story bungalow. Her mother passed away in 2008.

The house on Ma. Teresa Street was used by Napoles as her postal address when she first registered her JLN Corp. in the SEC in April 1999. Fellow incorporator, Napoles’ aunt Gertrudes Luy, also used the same address. 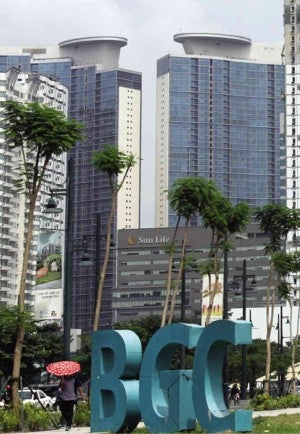 Five years later, in 2005, Napoles used a new address in the documents she filed in the SEC. That year, she said she was also a resident of 635 San Isidro St. in Ayala Alabang, Muntinlupa City.

All the other JLN officers and incorporators used their same addresses at South City Homes.

Napoles acquired another house on 52 Lapu-lapu St. in Magallanes Village, Makati City. A low structure surrounded by trees, the house has been converted into a retreat house for priests close to Napoles.

The house at 52 Lapu-lapu St. was used as the address of Aiza N. Macatapang, an incorporator of JLN Construction and Development Corp., one of the firms allegedly owned by Napoles. It was in this house that Luy spent most of his time during his detention.

With its granite walls, remote-controlled gate and 24-hour CCTV, the house on Mahogany Street in Dasmariñas Village has become a sort of a mystery to some residents.

“The renovation took some months and we heard it’s being rented out,” a resident said.

Napoles and her husband, retired Maj. Jaime Napoles, are current residents of this house on 1588 Mahogany St., said Luy, one of the six whistle-blowers in the alleged pork barrel scam.

Luy said Napoles also owned a house at 9 Narra St. in Forbes Park, Makati City. The house on Narra Street is the address used by Msgr. Josefino Ramirez, president of the Magdalena Luy Lim Charity Foundation, which Napoles established in memory of her mother.

In a round-table discussion with the INQUIRER on Aug. 8, Napoles said she was a resident of Pacific Plaza Towers in Bonifacio Global City, Taguig. Luy said Napoles owned two units at the posh condominium.

According to a list furnished by Luy, his cousin Napoles owned more than 30 houses, condominiums and farm estates in Metro Manila, Batangas, Pangasinan, Cebu and in Kidapawan, North Cotabato.

The list includes a house and lot in Punta Fuego in Nasugbu, Batangas, and a house in Tagaytay Highlands Messa Verde Woodridge, a unit in Serendra in Global City and at least a dozen lots in the AFPOVAI (Armed Forces of the Philippines Officers Village Inc.) in Taguig City. 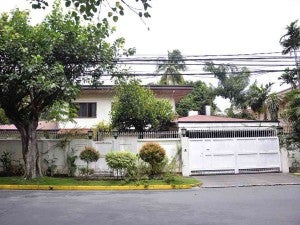 Luy said his cousin was also able to invest in a farm in San Juan, Batangas, and another farm in Pangasinan; a hectare in BF Homes in Parañaque City, a warehouse in Taguig City and lots in Batangas, Mactan in Cebu and in Poblacion, Kidapawan, North Cotabato.

In a report by online news site Rappler, two US companies with three California-based properties have been linked to Napoles’ brother Reynald.

It cited records posted on the California Secretary of State website, which shows Lim as the owner of Western Investment Corp. and Western Ventures Management Inc.

Western Investment Corp. has listed its address at 620 W Orangewood Ave. in Anaheim, a 25,081-square-foot property purchased in September 2006 for $7 million.

Western Ventures Management Inc. has two properties associated with it—one at 1945 E Cienega Avenue in Covina, a 4,956-square-foot property bought in June 2007 for $1.2 million, and a family home at 32 Wedgewood in Irvine, purchased in July 2007 for P1.4 million.

Napoles’s daughter, Jeane, was also named as the owner of Unit 37I at Ritz-Carlton Residences, a luxury apartment in Los Angeles.

Luxuryrealestate.com lists five units at Ritz-Carlton with an average price of $2 million each. With a report from Inquirer Research