Case a rehash of past petition denied by court, says lawyer
By: Jeannette I. Andrade - Reporter / @jiandradeINQ
Philippine Daily Inquirer / 12:56 AM August 15, 2013 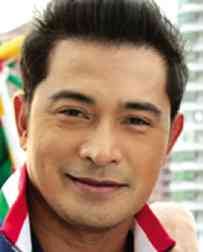 Actor Cesar Montano on Wednesday denied the accusation of his estranged wife, actress Sunshine Cruz, that he raped her on Mother’s Day, a claim which he described as “preposterous.”

In a statement, the actor’s lawyer Joel Ferrer also said that Montano never abused Cruz physically or verbally as he described the case filed against his client the other day as a mere rehash of the actress’ earlier petition for a protection order which the court denied.

“We believe Cruz filed the cases against Montano to gain leverage in her fervent desire to seek an annulment of their marriage,” he added.

As for Cruz’s accusation that her husband raped her on May 12, Ferrer said that the actress had invited Montano to join her and their children for dinner that day at Edsa Shangri-la Hotel.

“Thereafter Montano slept and stayed overnight at the present residence of Cruz. He left the place the following day. The two even had [an] exchange of text messages of a [friendly] nature, belying any animosity between them several days after the Mother’s Day celebration,” the lawyer added.

Ferrer went on to say that contrary to Cruz’s claim that her husband brought their children to his house without her permission and has since refused to let her see them, it was the children who decided they wanted to stay with their father.

“It is also worth mentioning that Cruz is at liberty to see them any time, whether at their Tivoli residence or at school… It is [her] expressed decision not to [see them] probably due to her hectic work schedule,” he said.

He explained that Montano had been “exerting earnest efforts to preserve their matrimonial bond especially for the sake of their children.”

On Tuesday, the actress sued Montano, whom she described as a “very domineering and philandering husband,” for violation of Republic Act No. 9262 or the Anti-Violence against Women and Children’s Act.