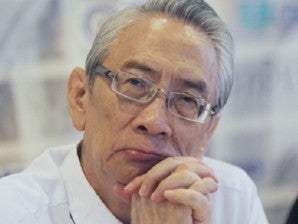 MANILA, Philippines — As far as Archbishop Emeritus Oscar Cruz is concerned, priests are easily the Philippines’ most wanted.

While 435 more priests brought their total number to 9,040 for the year 2012 to 2013, the priests in the country are still too few to attend to the spiritual needs of roughly 76 million Filipino Catholics, according to Cruz.

From 2011 to 2012, the Catholic Directory of the Philippines counted 8,605 priests serving roughly 70 million Filipino Catholics.

Earlier, Cruz cited records from the same source that showed the growth in number of the country’s Catholic population, amid studies that indicated that many Filipinos were inclined to leave the fold for other religious denominations.

Data revealed that there were six million more Filipino Catholics this year, an eight-percent jump from the figures culled from 2011 to 2012.

Offhand, the current figures would show that the ratio of priests to Catholics is 1:8,407.

In 2004, Manila Archbishop Luis Antonio Cardinal Tagle, who was then bishop of Imus, said there was a shortage of priests in the country, and that the Catholic Church needed at least 25,000 priests to serve the 68 million believers at that time.

The ideal number should be one priest per 2,000 Catholics, he said.

Archbishop Cruz said that the shortage of priests in the Philippines has been such that if all Catholics were to go to Mass on a Sunday, “our churches would not be able to accommodate them even if the (number of) Masses were doubled or tripled.”

In the Manila Archdiocese alone, some 240 diocesan priests are serving some three million Catholics in its jurisdiction, which includes the cities of Makati, Manila, Pasay, San Juan and Mandaluyong. This figure puts the ratio at one priest per 12,500 parishioners.

Cruz said seminaries were not producing as many priests to bridge the gap between need and reality.  “For every 100 seminarians, only about 10 become priests,” he said.

In an earlier interview, the archbishop said young boys were immediately turned off priesthood on the prospect of living their lives alone.