Education to restore the Mangyan’s identity 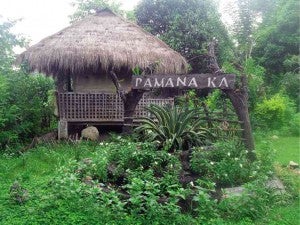 Sixteen-year-old Allan Agaw dreams of getting a college degree like other young Filipinos. But unlike many of them, he wants to complete his studies to be able to give back to his community someday.

Agaw belongs to the community of Mangyan, indigenous people (IP) living in the mountains of Mindoro. He is one of about 60 students studying at Paaralang Mangyan na Angkop sa Kulturang Aalagaan (Pamana Ka), an indigenous school built by and for Mangyan.

Pamana Ka was established in 1999 through the assistance of the Franciscan Missionaries of Mary (FMM). The school site in Sitio Danlog at Barangay Monteclaro in San Jose, Occidental Mindoro, was donated by Laki Iwan, a Mangyan gurangon (elder).

Pamana Ka is a result of the gurangon’s dream to have a school where Mangyan children can get an education and be proud of their heritage at the same time. 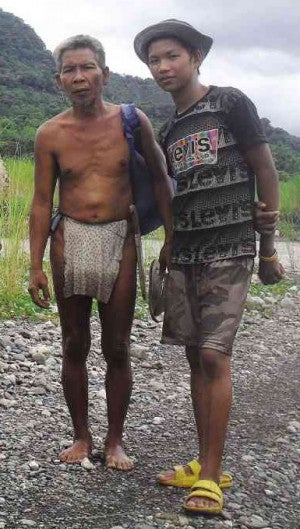 “There are Mangyan who, after studying in the lowlands, come back to the community but don’t speak our language anymore,” Bapa Ane Arevalo, a gurangon who teaches Mangyan script, says in Filipino. “It’s as if they’re ashamed of being a Mangyan.”

The Department of Education–Indigenous Peoples Education Office has partnered with the Australian Agency for International Development (AusAID) to support the school.

AusAID has provided a grant to the DepEd Division of Occidental Mindoro and to Pamana Ka, through FMM, to produce culture-based learning materials and conduct training for public school teachers in Mangyan communities.

Before Pamana Ka was built, Mangyan students studied in so-called “mainstream” schools in the lowlands. But they felt discriminated against and were  treated as second-class citizens by classmates and teachers.

“I remember my teacher back then telling me, ‘Mangyan talaga kayo, wala kayong alam (You really are Mangyan, you know nothing),’” IP science teacher Clara Panagsagan recalls. 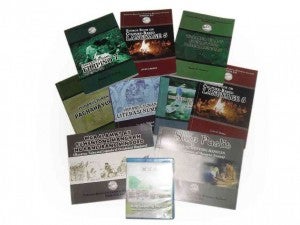 Alma Aguilan, an IP mathematics teacher, recounts the humiliation of being laughed at by the whole class for her mispronunciation. The teacher was checking the attendance and, upon hearing her name, Aguilan stood up and said “Prisint (Present)!”

The experience made her avoid participating in class even when she knew the answer to the teacher’s question.

But now, with Pamana Ka, Agaw and other Mangyan students do not have to worry about feeling inferior to lowlanders.

Students stay on campus the entire school year, which starts the first week of September.

There are two dormitories—one for the boys, the other for the girls. All students and staff are “stay-in” because their villages/ communities are in  different parts of the mountains of 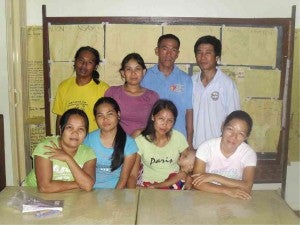 Mindoro, which makes it difficult for them to travel back and forth.

The different school calendar is part of the IP education curriculum developed by Pamana Ka to accommodate a significant aspect of the Mangyan culture.

The Mangyan are busiest in July and August, the start of the rainy season, which is  when they irrigate their farmlands. Kids usually help their parents in their kaingin or farm.

When classes resume in September, the children bring the results of research or stories from working in the fields with their parents.

“Their education does not stop even when they go back to their respective communities on their vacation,” says Margie Munoy Siqiuco, a former Pamana Ka teacher now in a public elementary school also in the Mangyan community.

Siqiuco says every subject, whether math, science, reading, Filipino, etc., is infused with Mangyan culture and tradition. This is possible because all the teachers and staff at Pamana Ka come from different Mangyan communities. 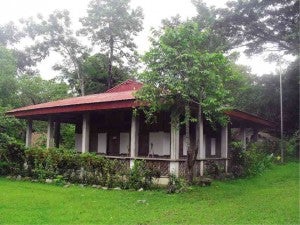 The elders also play a major role, imparting indigenous knowledge, skills, practices and spirituality to the teachers and students through their stories.

“We have to restore the faith … of the children in indigenous knowledge systems and practices because the Filipino [people] will be throwing away a lot [if we don’t preserve this indigenous wisdom],” says Pamana Ka director Aristea Bautista, FMM.

The curriculum also has a unique subject called lupaing ninuno or ancestral domain. The daily one-hour session, 5:30- 6:30 p.m., teaches appreciation of the Mangyan inherited territory and culture through rituals and agricultural practices.

Students go to the fields to tend their fruits and vegetables, which they also consume. They also have a fish pond and  poultry on  campus.

Juanito Lumawig  Jr., another IP science teacher, believes ancestral domain plays a vital role in the life of a Mangyan and he wishes other people would respect their rights to it.

He says, “Ang kahilingan namin, kasabay ng pagkilala, ay ’yung pagpapahalaga na rin mismo sa aming lupaing ninuno bilang sagradong daluyan ng kaalaman at buhay namin bilang mga katutubo. (Our dream, along with accepting the type of education that we advance, is for everyone to regard our ancestral domain as our sacred spring of knowledge and life.)”

Aug. 9 is International Day of the World’s Indigenous Peoples.