Flights cancelled due to bomb scare at Laguindingan airport 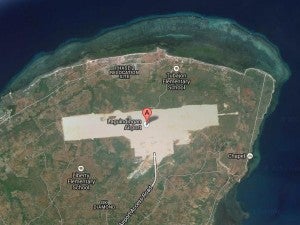 MANILA, Philippines — Several flights at the Laguindingan International Airport in Misamis Oriental were cancelled Thursday due to a bomb scare, a television report said Wednesday.

Bomb sniffing dogs were put to work Thursday afternoon when authorities noticed that a car has been left overnight at the vicinity of the newly-opened airport.

Asked who could be the owner of the vehicle, Rodriguez said it was owned by a leasing corporation.

Several explosion incidents have been reported in Mindanao over the past few days.