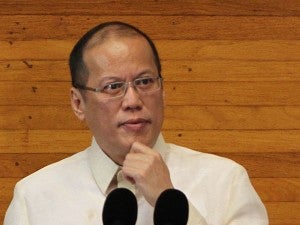 MANILA, Philippines—Under fire over the alleged misuse of their Priority Development Assistance Fund, congressmen struck back on Thursday and scrutinized President Benigno Aquino III’s own “pork barrel,” which is projected to total at least P2.5 billion next year.

Bayan Muna Rep. Neri Colmenares assailed the lump sum nature of the President’s Social Fund (PSF), which is sourced from earnings of the Philippine Amusement and Gaming Corp.

Even Mr. Aquino’s own ally, Deputy Speaker Carlos Padilla, asked how the PSF appeared in the national budget “for the sake of transparency.”

“We are now in the era of transparency, Mr. Chairman, so I am asking this question for the sake of transparency,” Padilla said on the second day of the House of Representatives’ deliberations on the proposed P2.268-trillion national budget for 2014.

Pagcor documents showed that the President got P2.028 billion in pork barrel funds last year. The amount is pegged at P2.25 billion this year and is projected to increase to P2.5 billion in 2014.

The Office of the President receives P150 million to P170 million in PSF remittances from Pagcor every month, said Jorge Sarmiento, the agency’s president and chief operating officer.

In a press statement, Colmenares asked the Palace to account for P75 billion in 2012 and P27 billion this year. He said the amounts were “withdrawn from various agencies and realigned to various projects.”

Colmenares said the President practically enjoyed “unli-pork” on the strength of a Palace circular.

He said the document “requires that funds in various government agencies that remain unobligated by June 30, 2012 must be centralized to the DBM (Department of Budget and Management) so that it could be realigned to ‘cover additional funding for other existing projects’.”

Sarmiento refused to label the PSF allocation as pork barrel, to which Colmenares replied: “It’s a lump sum amount and the beneficiaries and the projects rest on the sole discretion of the public official, so my interpretation of that is pork.”

Padilla questioned how the presidential allocation appeared in the national budget and was told it was an “off-budget item.”

“As a practice, it is not included in the General Appropriations Act,” Pagcor vice president Jay Daniel Santiago added.

Santiago said the PSF was “derived from the gross earnings of (Pagcor) to be allocated to fund and finance infrastructure and for socio-civic projects throughout the Philippines, as may be directed by the Office of the President.”

Caloocan Rep. Edgar Erice, a member of the President’s Liberal Party, asked for a copy of the guidelines governing the use of the president’s pork barrel.

“It’s being labeled as presidential pork. Maybe it would be beneficial to us if we will be able to inform our constituents on how to access PSF funds,” he said.