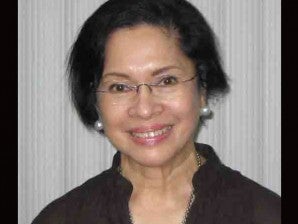 PPCRV Chair Henrietta De Villa said the Comelec may have to reconsider its earlier decision not to stretch the allotted time for voters to register since long lines at Comelec offices were preventing eligible applicants to enlist for the elections in October.

“I have received many calls informing me about the long lines because they said the Comelec can only accommodate up to 500 [registrants] a day so a lot of people really have yet to register,” said De Villa in an interview with reporters on Wednesday.

Over the weekend, Comelec Chair Sixto Brillantes Jr. announced that the election body was no longer extending the 10-day registration period, which officially closed on Wednesday.

“I really think the Comelec must extend [the voter registration] but I don’t know how prepared they are,” said De Villa.

While De Villa said the usual mañana habit of Filipinos has contributed to the long queues at Comelec offices, she also noted that the sudden surge of registrants, especially on the last day of registration, was brought about by partisan practices among barangay officials.

She also received reports that there were people being used to line up early to fill up the limited slots for registration as a way of precluding other legitimate voters to sign up.

“These vested interest groups were said to fill up at the last minute the 500 [slots], which the Comelec can only attend to per day,” said De Villa.

“Some of these people in line really have no intentions of registering. They are just there to see to it that the others identified with another party will not be accommodated,” she added.

She was also notified of an incident in Caloocan where people were unable to register because a certain group was being prioritized in line.

The PPCRV has already notified the Comelec’s Election and Barangay Affairs Department of these incidents and instructed election officers to immediately look into the matter, said De Villa.

“We already advised the election officers to look into it and to ensure that not only one party will be able to corner the limited slots for registration … the distribution should be equal,” she added.

Earlier, the Comelec said there was nothing wrong with incumbent barangay officials supposedly bringing in registrants to Comelec offices in exchange for money, food and transportation as long as they did not meddle with the enlistment procedure.

“Technically speaking, we don’t see any problem on that regard. If you want to help your constituents by bringing them to the registration centers, that is fine,” stated Comelec spokesperson James Jimenez.

However, barangay officials cannot interfere once the applicants they gathered are already inside the Office of the Election Officer, he had pointed out. “The rule of the thumb is barangay officials should not meddle in the registration process,” he stated.