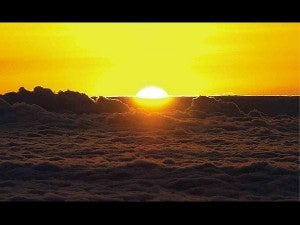 BAGUIO CITY, Philippines—Mount Pulag, one of the most biologically diverse areas in the country, is getting a new conservation and management plan, courtesy of the ecotourism industry which profits from the much-visited destination in Benguet.

Clarence Baguilat, director of the Department of Environment and Natural Resources (DENR) in the Cordillera, said Pulag—Luzon’s highest mountain—was one of three protected areas selected by the National Ecotourism Development Council (NEDC) last week for improved ecosystem conservation, with an allocation of P50 million.

Baguilat did not identify the two other areas.

Pulag is a pristine mossy forest preserve and watershed that is home to plants and animals not found in other parts of the Philippines. The endangered northern Luzon cloud rat, for example, was rediscovered thriving in the upper portion of the mountain in 2008 by Lawrence Heaney, curator of mammals at the Chicago-based Field Museum of National History.

The national park spans 11,500 hectares in the central Cordillera mountain range and is within the territory of three provinces: Benguet, through the towns of Bokod, Buguias and Kabayan; Ifugao, through Tinoc town; and Nueva Vizcaya, through Kayapa town.

As part of the NEDC initiative, the DENR has commissioned a P10-million inventory and management plan for Pulag. Experts who have supported Pulag’s conservation said the plan should focus immediately on regulating human activity there.

“Of immediate concern is to stop right away any further clearing or burning of the natural forest within the entire Mt. Pulag National Park,” said Edwino Fernando, a forest botanist from the University of the Philippines Los Baños (UPLB).

Fernando wrote about Pulag with fellow UPLB professor Roberto Cereno, for the book, “Biodiversity and Natural Resources Conservation in Protected Areas of Korea and the Philippines.”

Fernando and Cereno said Pulag “has biodiversity and genetic resources value” from which future generations can benefit. But its tourism sites offer local Ibaloi, Kankanaey and Kalanguya communities “high per-hectare values,” they said.

“One estimate of the aggregate monetary recreational value alone of the Mt. Pulag National Park puts it at $1.25 million per year,” the book said.

The real threats to Pulag are encroaching vegetable farms, which have gone “well deep into dense upper mossy forests” at elevations of 2,500 meters, it said.

Also threats are roads leading to the national park, which encourage more people to inhabit the park and open it to invasive plant and animal species.