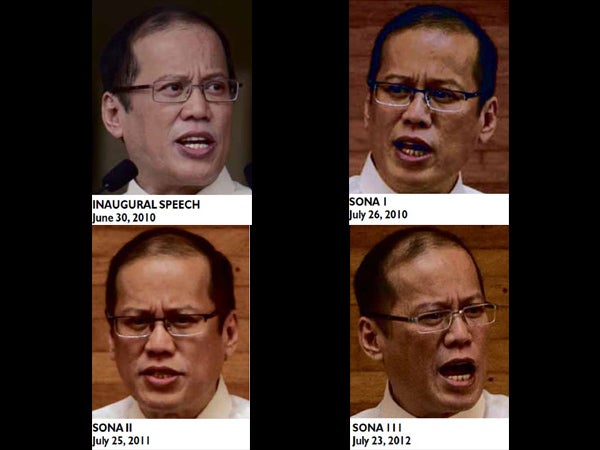 Time sure flies.  Already, we are on the eve of the fourth State of the Nation Address (Sona) of President Benigno Aquino III. In SONA I in 2010, Mr. Aquino’s most memorable line—having been delivered shortly after his inaugural—was aspirational: “We can dream again.”

In SONA II in 2011, the President was emphatic that his fight against graft and corruption was “personal.” In last year’s Sona, Mr. Aquino declared: “Nothing is impossible if the Filipino people see that they are the only Bosses of their government … they themselves will lead you to meaningful change.”

The Inquirer kept tabs of the changes Mr. Aquino hoped to accomplish with and for the people by 2013 (right table), and if he made them happen for his Bosses. Here is our report. 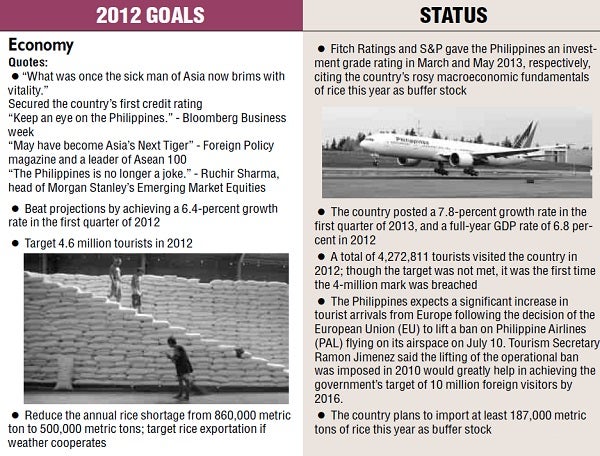 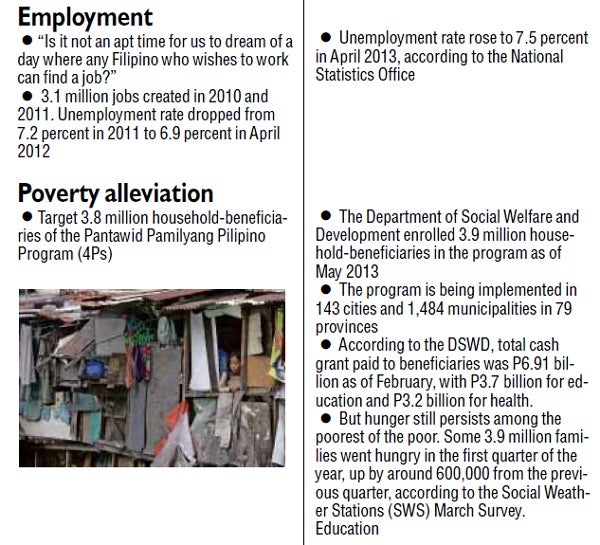 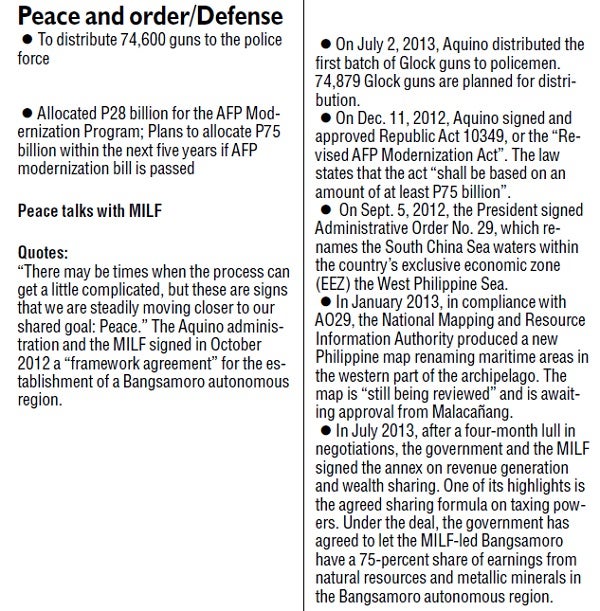 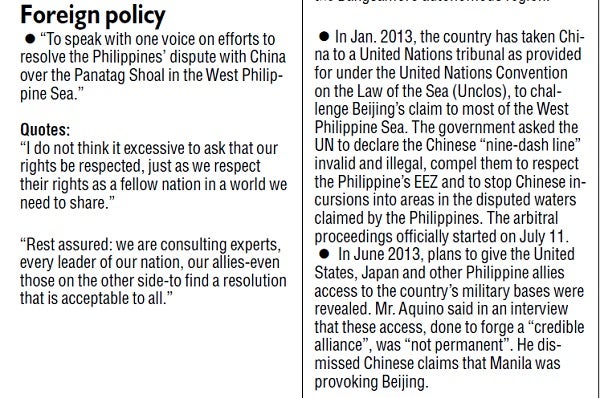 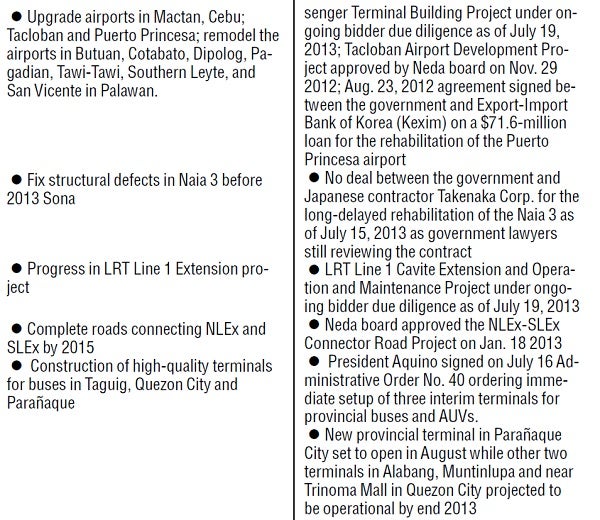 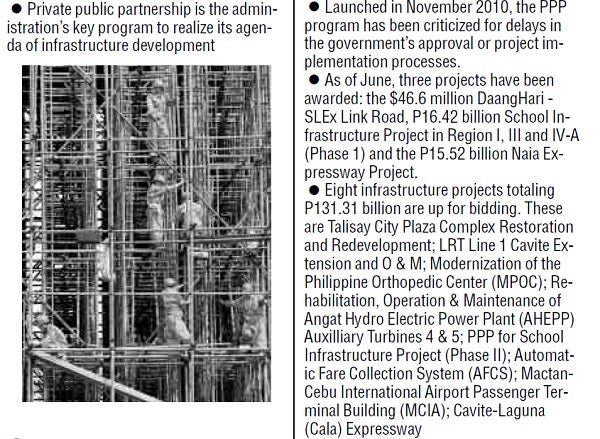 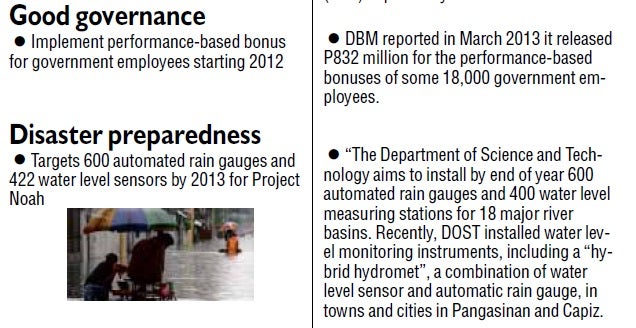 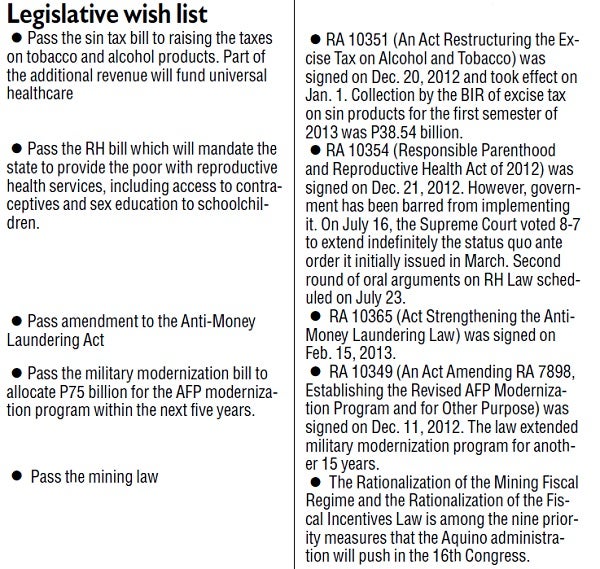