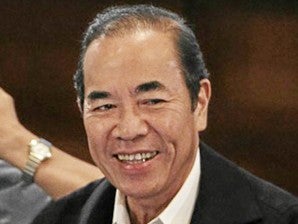 Singson said the Department of Public Works and Highways are going after overloaded trucks due to the threat they pose to public safety and the damage they do to the country’s road network.

“Our government is not after the collection of fines (as they are) not enough to repair damage on highways, specially bridges, and the high risk of death and serious injuries for road users and the general public due to overloading,” Singson said in a statement.

As part of their corporate social responsibility, businesses should observe the rule of law by not using truck operators who refuse to use the correct truck weight configuration for transporting their goods, he added.

Singson issued the statement after truckers protested outside the DPWH on Thursday, calling for a moratorium on the crackdown and complaining against DPWH enforcers who were supposedly extorting money from the drivers.

He said the DPWH and Department of Transportation and Communications had already modified the implementing rules and regulation of RA 8794, which punishes overloading of trucks, after consultation with stakeholders.

Singson urged business groups to support the government in its drive to protect national roads from being damaged by requiring their truckers and haulers to follow the maximum allowable gross vehicle weight (GVW), including the weight of containers.

To give more time for haulers and truckers to upgrade their transport equipment in conformity with the weight limits, the DPWH earlier agreed to temporarily suspend apprehension of overloaded trucks/trailers that fall under category codes 12-2 and 12-3 up to January 31, 2014.

However, Singson said that the maximum allowable axle load limit remains at 13,500 kilograms per axle.