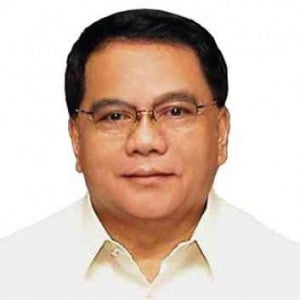 The provincial government, Ebdane said, would be able to provide information to help in the investigation.

In a statement, he took a swipe at former governor Amor Deloso, whose statement he described as “one for the Guinness Book of Records” for being baseless.

Ebdane said he has not allowed anyone to mine in Mt. Tapulao since the Department of Environment and Natural Resources (DENR) plans declare the mountain as a protected area and the provincial government plans to develop it into a tourist destination.

“I have not issued any mine permit, neither will I ever allow anyone to mine in the area. If there is such permit issued by higher authorities, I will be the one to initiate its cancellation at the soonest possible time,” he said.

Ebdane also said mining did exist at Mt. Tapulao under the tenure of Deloso as governor, but the operation was stopped by the DENR with the help of the Philippine Army in 2009.

“That is our original plan for Mt. Tapulao, to preserve and make it a tourism attraction. That is a sustainable alternative for such a place so rich in biodiversity,” the governor said.

Deloso lost to Ebdane in the gubernatorial race in the May 2013 elections.

Ebdane said his administration advocates responsible mining and this is why he has issued fewer than 100 small-scale mining permits.

He described the number of permits he issued as “a far cry from the more than 300 [pocket mining permits] that Deloso had granted.” With a report by Tonette Orejas, Inquirer Central Luzon