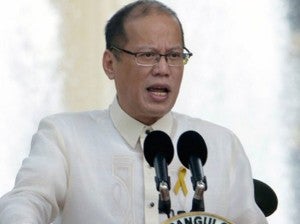 MANILA, Philippines—President Benigno Aquino III wants the investigation by the National Bureau of Investigation (NBI) of the P10-billion pork barrel scam to be “exhaustive, impartial and fair.”

“The instruction, I believe, given to (Justice) Secretary Leila de Lima is to ensure that it is exhaustively investigated. And Secretary Leila spoke to me (Tuesday) and she told me that she can assure all parties concerned that this will be exhaustive, impartial and a fair investigation,” said presidential spokesperson Edwin Lacierda in a briefing.

“That’s the guarantee that this government and Secretary Leila de Lima can assure all the parties involved,” Lacierda added.

On Tuesday, another Palace spokesperson, Undersecretary Abigail Valte, disclosed that the Palace considered the issue a serious matter.

“The President is always very strict—and this is something that he has repeated to us—that government should never accuse without evidence and that we should never proffer accusations without proof. The investigation will settle that,” she stressed.

Asked at a briefing on Wednesday, if the President had instructed concerned government agencies to cooperate with the NBI, Lacierda said:

“We will investigate the allegations. Then, of course, if there’s evidence, we will look at the evidence. If the cooperation of the agency is needed, then it would be provided.”

However, President Aquino’s spokesperson belittled apparent attempts of some quarters to link Malacañang to the racket involving ghost projects and at least 20 non-government organizations.

Lacierda said he would check if the letter indeed reached the President’s desk when told that Janet Lim Napoles had written Mr. Aquino to exonerate herself from charges she put up these bogus non-government organizations that served as recipients of the funds.

Contacted by phone, Lacierda did not respond when told by the Philippine Daily Inquirer that Mr. Aquino had reportedly ordered the NBI to investigate the alleged misuse of pork barrel funds a day after receiving Napoles’ letter.

At the briefing, Lacierda explained that the Office of the President receives hundreds of letters from the citizens on a regular basis.

“It’s a normal process where a lot of people, citizens, would write letters to government and this is not a special issue,” said Lacierda.

“All these (letters) go through a process here … and they are not solely (sent) to the Office of the President,” said Lacierda.

Letters addressed to the President are coursed through the offices of Secretaries Lacierda, Herminio Coloma and Ricky Carandang, among other Cabinet members.

“These letters are forwarded to the Office of the President if they pass through us. But if they are sent directly to Malacañang, there’s a process for (receiving) them,” said Lacierda.