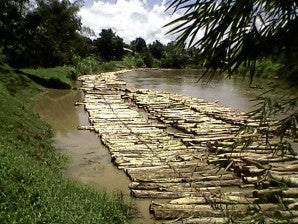 DAVAO CITY—The Department of Environment and Natural Resources plans to use drones in the campaign against illegal logging in Southern Mindanao, particularly in hard-to-reach areas hit by Typhoon Pablo in December last year. Members of a militant group believe, however, that the real targets are communist rebels.

Joselin Marius Fragada, DENR regional director, said he has had initial talks with the SkyEye UAV Services, a company that rents out drones for monitoring and mapping services.

“It will be the first time for DENR to use it in the country. We will start with the 16 hotspot villages in Davao Oriental and Compostela Valley,” said Fragada, who declined to provide and estimate of how much the project would cost.

“All I know is they’ll be renting the drones based on the flying hours,” he said.

Sheena Duazo, secretary general of the Bagong Alyansang Makabayan (Bayan), said the use of drones was likely part of the government’s counterinsurgency plan, targeting the communist New People’s Army rather than illegal loggers.

Fragada said that of 66 illegal logging hotspots identified last year only 16 hotspots remain in Davao Oriental and Compostela Valley because of intensified monitoring by DENR and the closure of wood-processing plants and sawmills which could not present documents showing the source of their raw materials.

Among the identified hotspots in Davao Oriental are San Jose in Boston town and Papag in Cateel; Sitio Pag-asa in San Ignacio in Manay; Sitio Bangol in Tubaon, Tarragona town; Barangay (village) Calapagan in Lupon; and Macambol in Mati City.

In Compostela Valley, included in the hotspots are the villages of Datu Davao and Kidawa in Laak; Rizal and Poblacion in Monkayo; Ngan in Compostela; and Napnapan and Las Arenas in Maco.

In Davao del Norte, the identified hotspots are the villages of Gupitan, Suaon and Florida in Kapalong.