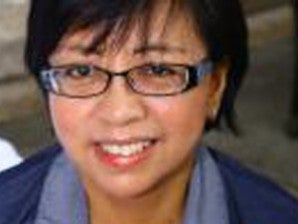 MANILA, Philippines — In the future, Bangsamoro leaders need not appear in Congress to defend their budget because the region will get automatic appropriation in the national budget.

This was the “jewel in the crown’’ of the annex on revenue and wealth sharing inked by the Philippine government and the Moro Islamic Liberation Front in Kuala Lumpur late Saturday, which government negotiators described as “fair, viable and constitutional.’’

The annex will not require Charter change or constitutional amendments, according to chief government negotiator Miriam Coronel-Ferrer.

The annex mandates the central government to provide an automatic appropriation for the Bangsamoro region that would replace the Autonomous Region in Muslim Mindanao.

The appropriation will be in the form of a block grant, a lump sum amount similar to the internal revenue allotment (IRA) received by local government units from the national government.

“Of all the provisions, the jewel in the crown is the provision that the Bangsamoro will enjoy automatic appropriation and regular release of its budget,’’ Coronel-Ferrer told reporters in a Malacañang briefing.

The Bangsamoro basic law will provide the formula for the computation of the block grant. At present, the ARMM budget is a line item in the General Appropriations Act, and is itemized in terms of capital outlay, personnel services and miscellaneous and other operating expenses.

“We will have far better sets of institutions and powers for the Bangsamoro government than what is currently enjoyed in the ARMM. That is for sure,’’ Ferrer said on whether the government had given more concessions to the Bangsamoro this time. “It’s fair, it’s viable, it’s constitutional, and it is something that will serve the aspirations of the Bangsamoro people.’’

Ferrer said this would stand the “test of legality and constitutionality.’’

“And we can guarantee you and the rest of the country, as well as the Bangsamoro people, that this is a very good deal. It’s too good to let it pass to the next generation again to take up, or even the next administration to take up. The time is now,’’ she said.

With respect to fossil fuels (petroleum, natural gas, and coal) and uranium, the Bangsamoro government and the central government would equally share the income. But both parties committed to incorporate a review mechanism of this scheme in the Bangsamoro law.

In terms of taxes collected by the central government in the region, the annex raised the share of the Bangsamoro government to 75 percent, from the current 70 percent under the ARMM.

“It indicated that the intention is not to get the ‘lion’s share’ for its own sake but to be able, in the future, to stand tall as a progressive and peaceful region; an equal partner of the central government in an equally peaceful and progressive country,’’ she added.

The goal is that the Bangsamoro government would become less and less dependent as it generates revenues from the development of its resources, according to Coronel-Ferrer.

Ferrer and Secretary Teresita Deles, presidential adviser on the peace process, predicted that the talks on the remaining annexes on normalization and power-sharing would be as intense and difficult.

The talks would resume after the Ramadan, and it would be fair to assume that the two annexes would be signed within the year, Ferrer said.

All the annexes, together with last year’s framework agreement on Bangsamoro, would form part of the final comprehensive peace agreement.

“The signing of the second annex is, indeed, a breakthrough. We expect the discussions on the power sharing and normalization annexes to be just as intense. But, when you’re halfway through, there is no reason to turn back. The only way to go is forward,’’ Coronel-Ferrer said.

Going by the tough negotiations on wealth sharing, Deles, who along with Secretary Edwin Lacierda was dispatched by President Aquino to Kuala Lumpur to affirm the government’s commitment to the talks, said the upcoming talks on the remaining annexes would be as difficult.

“This has been a truly very difficult time in the negotiations but we come away with the affirmation, with the real strong sense and proof that indeed things can be as difficult, as we know they will, that the next annexes will also be difficult,’’ Deles said.

“But, as has been shown—and we have the proof now—that it can be difficult: we go to the table, we talk about it; we, together, look for solutions when there are problems. We don’t find our solutions in the battlefield. We find it on the table,’’ she added.

Ferrer said the idea behind the percentage of sharing in revenue from natural resources was to fulfill the Bangsamoro people’s aspiration “to be at least autonomous’’ on fiscal matters.

“Because we all know that if you don’t have your own money, you cannot really be autonomous; and that’s the whole idea with the total package that we have come up with — to provide for sources of revenues that are generated within the Bangsamoro in the hope that these resources, these revenues will increase over time as peace and development prevails in the region so that they will become less dependent and they can stand on their own,’’ she said.

The signing of the wealth sharing annex had the full backing of the President, Ferrer said.

“With regards to sharing, I think his thinking is very basic: One, we will give them their due share. We are one with them in this goal to have a good autonomous government running in place. But at the same time, being part of the Philippine territory, it is also very important that they also contribute to the rest of the country,’’ she said.

If at all, the 50-50 sharing on revenue from fossil fuels was an indication of partnership between the two parties, Ferrer said.  “It is not a one-way partnership. Government giving everything to the Bangsamoro but also Bangsamoro sharing and contributing to the development of the whole country,’’ she said.

Since the executive department has been consulting lawmakers, Ferrer was confident that Congress would honor the annexes during deliberations on the proposed Bangsamoro fundamental law.

“We are covering all grounds to ensure the full cooperation of our legislators especially the new Congress that’s coming in next week. We have been in constant discussions and consultations with key members of both the Senate and the House; and to that extent this is a common — we are confident that this is a shared project,’’ she said.

Ferrer said the annex would not entail an amendment to the 1987 Constitution.