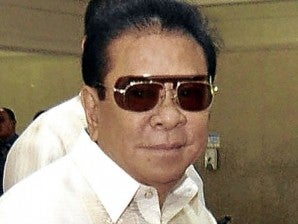 VIGAN CITY—Former Ilocos Sur Gov. Luis “Chavit” Singson and Vice Gov. Deogracias Victor Savellano said the graft charges filed against them by the Ombudsman for allegedly diverting P26 million in tobacco tax shares of the province in 2001 were without bases.

“I had repeatedly denied all those allegations because they were unfounded and baseless. I’m just wondering why this issue has been revived and dug up,” Singson told the Inquirer on Friday.

On July 3, Ombudsman Conchita Carpio-Morales approved a resolution indicting Singson on three counts of graft and Savellano on two counts for releasing a total of P26 million from the province’s share of the tobacco taxes in 2001 to the Multi-Line Food Processing International Inc. The money was supposedly intended to fund unspecified livelihood projects.

The company, however, closed shop four months after getting the last check from Savellano.

Singson said he would file a motion for reconsideration, saying he was confident that the case would be dismissed.