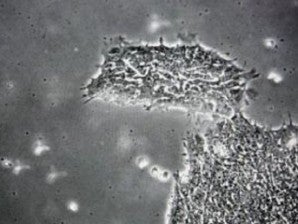 At the age of 64, Antonio Villar Jr., chair of the Dangerous Drugs Board (DDB), wanted to get rid of the aches and pains that come with aging.

So when he was told about a stem cell procedure, he agreed to the treatment, for which he paid 16,000 euros (P854,000), in the hope that it would rejuvenate him and make him live longer.

Instead, he felt weaker and feared the procedure even put his life at risk.

Alleging that he was duped into what he now described as a bogus stem cell treatment at a posh hotel in Mandaluyong City, Villar had asked the police to investigate the group, composed mostly of foreigners, whom he blamed for his failing health.

On Thursday, Villar sent his lawyer, Claire Pagayanan, to a news forum to announce that he was considering filing charges against a German, three Thais and their Filipino agent for the “fake” stem cell procedure he went through on June 9 last year.

Pagayanan said that after the treatment, Villar’s prostate gland expanded and he had to undergo radiation therapy.

“With what has been happening caused by the stem cell treatment, he now comes forward to save those who may be victims of fraudulent stem cell therapy,” said the lawyer.

Pagayanan said that Villar had submitted a sworn statement and medical abstracts of his condition before and after the treatment to the Criminal Investigation and Detection Group (CIDG).

“We will hold liable the doctors who gave him the treatment and the Filipino agent,” she said, refusing to disclose names pending the police investigation.

The lawyer added that should the hotel management be found to have been aware of the operation of the group, it could also be held liable for what happened to Villar.

Asked why her client consented to the procedure done at a hotel, Pagayanan said Villar was convinced by the Filipino agent that the therapy was not invasive, unlike a surgical operation, and that it was regularly done by the group there.

No license to practice

Dr. Leo Olarte, president of the Philippine Medical Association (PMA) who was in the forum along with Senior Insp. Niño Briones of the CIDG, said his organization had been monitoring the activities of the group. He said that being foreigners, they obviously did not have a license to practice medicine in the country.

“We have here a clear case of a conspiracy to violate the Medical Act of 1959, which governs the practice of medicine in this country. In a conspiracy theory, an act of one is the act of all. So therefore all doctors and nondoctors alike who conspired to commit this crime of practicing medicine without the proper license are equally liable,” Olarte said.

“We are appealing to all victims of these illegal practice to contact us at the PMA so that together we can correct the injustices committed against you,” he said.

Briones said his group was conducting an investigation and gathering evidence to determine if the case merited criminal prosecution in court.

“We have to make a thorough investigation because Secretary Villar’s case has grave implications, particularly concerning the health of those who are being duped by false claims on the benefits of stem cell procedures,” he said.

Read Next
AFP air upgrade hits snag: ‘Lo-bat’
EDITORS' PICK
Duterte praises military but slams police for poor discipline, corruption
COVID-19 cases surging in all regions and provinces, says DOH
Acer starts the year off strong with the Aspire Vero National Geographic Edition
DOH: Too early to say COVID-19 cases are declining
The best of bayside and city living at SMDC’s Sail Residences
Over 3 Million worth of prizes to be won at Smart Padala’s SENDali Manalo Promo!
MOST READ
In Batanes, octogenarian dies of COVID-19
Duterte praises military but slams police for poor discipline, corruption
PBA gets crucial call from GAB for go signal under different setup as reboot of Governors’ Cup could come earlier
Australia suffers deadliest day of pandemic as Omicron drives up hospital cases
Don't miss out on the latest news and information.