US Navy bolsters presence in Gulf 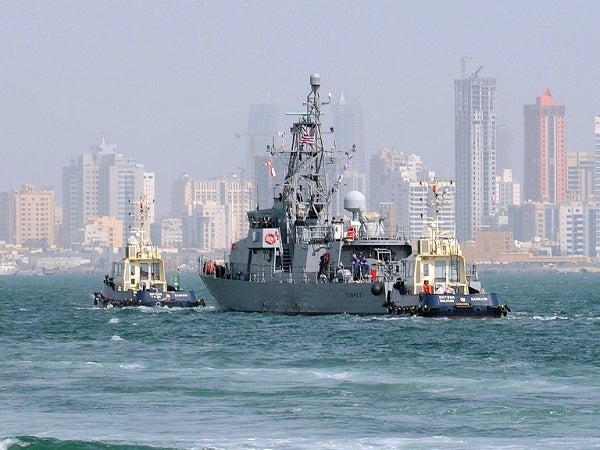 The USS Tempest, the USS Squall and the USS Thunderbolt arrived Wednesday at the port of Manama, bringing the total number of patrol craft to eight, the Navy said.

“Having additional PCs (patrol coastal ships) here in Bahrain will give us incredible flexibility in the 5th Fleet area of operations since they are uniquely capable of operating in this dynamic environment,” said Vice Admiral John Miller, commander of US naval forces for Central Command, which oversees military operations in the Middle East.

The small, speedy 52 meter-long (79-foot) ships, which can be armed with 25 mm cannons and .50-cal. machine guns, are seen as a counterweight to Iran’s fast boats that operate in shallow waters around the Strait of Hormuz.

US military planners and analysts say Iran has developed swarming tactics to try to outrun and encircle America’s larger warships transiting the Gulf, along with plans to plant mines to disrupt commercial shipping.

The Pentagon has gradually strengthened its naval forces in the Gulf region over the past year after Iran at one point threatened to block the vital Strait of Hormuz, a gateway for the world’s oil supply.

In addition to the US patrol craft, which will now be permanently based in Bahrain instead rotating through for temporary deployments, the Navy has sent in more mine sweepers.

In May, the Navy carried out a large mine-clearing exercise in the Gulf with other countries, which was seen as a warning to Tehran.

By the spring of 2014, the Navy expects to have a fleet of 10 coastal patrol ships in Bahrain.

The United States also has a “floating base” at its disposal in the region, the USS Ponce, which has been retrofitted to serve as a platform for helicopters and ships designed to detect mines.

The aircraft carrier USS Nimitz, accompanied by a group of warships, is also currently deployed in the Gulf.