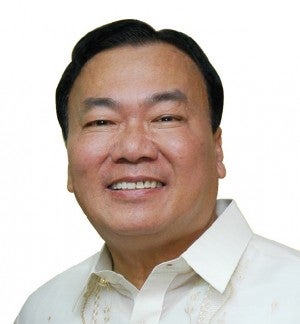 National Irrigation Administration (NIA) chief Antonio S. Nangel said he had accepted the fact that he would be stepping down and would just wait for his replacement.

In an interview, Nangel, however, said he expected to remain in office in a “hold over” capacity for about a year since the process of installing a new administrator could take that long.

“The President will be reappointing a new member of the board and the board will have to elect a new [NIA head],” he explained.

Rumors that Nangel may be on the way out spread when President Aquino lamented the NIA’s poor performance during its 50th anniversary celebration last Tuesday.

Nangel was supposed to have retired in early 2012 but his tenure was extended up to the end of last month. Insiders said his term was extended because no one was named to succeed him.

“It’s OK. I serve at the pleasure of the President,” he said when asked about his being removed.

However, Nangel, an engineer, defended his track record, saying that NIA reported a net income for the first time in 2012 under his leadership.

Created in 1963, the NIA is a government-owned and -controlled corporation tasked with the development and operation of irrigation systems and provide irrigation services for the government’s agricultural programs.

Last week, Aquino criticized NIA’s lackluster performance, such as bringing water to only 65 percent of its target of 81,170 hectares of new areas.

Nangel said the data cited was as of last May. He said that as of July 2, NIA has irrigated 58,854 has of new areas or 72 percent.

“We will achieve all our targets but with a slight delay,” Nangel said. “The remaining [unirrigated areas] will get water by September.”

He said the delay was due mainly to the 11 weather disturbances that damaged NIA projects across the country.

He added that some newly finished projects got hit by typhoons and would have to be repaired. They could not be reported as part of NIA’s accomplishments, he said.

Read Next
MWSS strikes down controversial resolution
EDITORS' PICK
‘I believe’: Hidilyn Diaz bucks the odds to win historic Olympic gold
Tips for a cheerful life
Harnessing technology for quality education
Golden girl Hidilyn Diaz ‘nervous’ but never in doubt during Olympics performance
Hidilyn Diaz wins weightlifting gold in Tokyo Olympics
Connect to PH’s fastest network with new Signature Plan Lite at only P599 per month
MOST READ
Hidilyn Diaz wins weightlifting gold in Tokyo Olympics
Go to war with China over West PH Sea? It will be a ‘massacre’, says Duterte
Hidilyn shoots not only for gold but also for permanent place in PH sports history
Hidilyn Diaz overcomes struggles to make history for PH with gold medal
Don't miss out on the latest news and information.