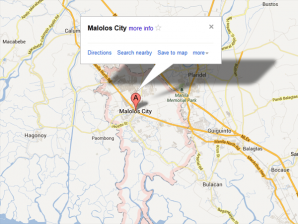 CITY OF MALOLOS, Philippines— Classes at the Malolos City Integrated School here were suspended after a two-hour fire razed 14 classrooms in one of its two buildings early Monday.

Anuncio Villamejor Jr., Malolos district supervisor of the Department of Education, said no one was hurt in the fire that broke out at past 4 a.m.

He said each of the destroyed classrooms had accommodated 100 students.

Villamejor said school officials were preparing to resume classes by Tuesday or Wednesday.

Romeo Rillo, provincial fire marshal, said investigators are looking at faulty wiring in the 38-year-old wooden building as cause of the fire.

Villamejor said a security guard saw the light bulbs along the corridors spark before the fire broke out.