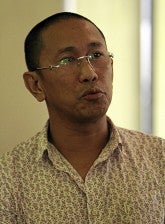 COTABATO CITY—The regional disaster management office in the Autonomous Region in Muslim Mindanao reported Wednesday that fewer people were displaced by the floods in Mindanao contrary to what was earlier reported.

Jean Ayupan, operations officer of the ARMM’s Regional Disaster Risk Reduction Management Council, said 61,947 individuals were confirmed to have been displaced as of Wednesday by the overflowing of major rivers. Earlier reports placed the number at 80,000 to 90,000 persons.

“The swelling of heavily silted waterways surrounding the vast Liguasan Marsh inundated the towns of Pagalungan, Montawal, Sultan sa Barongis, Rajah Buayan and Datu Paglas since June 14 and there are 12,390 families affected,” she said.

She said classes in at least 13 schools in the affected areas have been suspended.

“The damage caused by the floods to agriculture and infrastructure is still being assessed,” Ayupan said.

She said the authorities were still trying to verify reports that villages in the municipalities of Kabuntalan, Datu Piang and Mamasapano were under water as well.

“Initially, we have given them canned goods, rice, medicines and other basic needs. We are also assessing what assistance we could possibly provide to help them through when the floods are over,” Mangudadatu told the Inquirer by phone.

“This is admittedly a limited relief assistance due to dwindling funds because we had our hands full in 2012 when we assisted some 2.4 million victims of natural and man-made calamities in the ARMM,” Karon said.