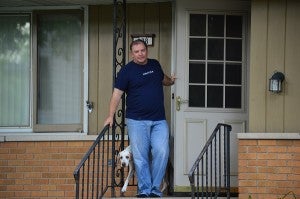 A man who owns the house where Michael Karkoc lived in Minneapolis said that he wasn’t home, Friday, June 14 2013. AP

WARSAW, Poland— A prosecutor in Poland says that files concerning a Nazi unit commander are being reviewed to see if they contain sufficient evidence to press charges and request his extradition from the United States, where he is living.

An Associated Press investigation has revealed that Michael Karkoc, 94, entered the U.S. by concealing to American authorities his leadership role in the SS-led Ukrainian Self Defense Legion, which was accused of burning down villages in Poland during World War II. AP’s evidence suggests that Karkoc was at the scenes, although no records link him directly to atrocities.

Robert Kopydlowski of Poland’s National Remembrance Institute said Tuesday that prosecutors are reviewing files concerning the crimes for any evidence that would substantiate charges against Karkoc and an extradition request.