PCSO agrees to arbitration of dispute with supplier 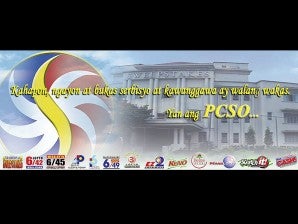 MANILA, Philippines—The state-owned Philippine Charity Sweepstakes Office has agreed to go into arbitration of its dispute with listed information technology solutions provider DFNN Inc. over a wireless lotto betting contract that was scrapped during the Arroyo administration.

In a disclosure to the Philippine Stock Exchange on Friday, DFNN said it had received a letter from the PCSO reporting that the government agency had nominated Fulgencio Factoran, Jr. as its “arbitrator in the ad hoc arbitral tribunal.”

This is in relation to the arbitration proceedings mandated by the equipment lease agreement dated April 9, 2003 between DFNN and PCSO.

Under the contract that was aborted by the previous PCSO management, DFNN was supposed to provide the wireless technology to enable the state agency to receive lotto bets nationwide via wireless technology. DFNN battled the PCSO in court after the equipment lease agreement was terminated, initiating arbitration proceedings on the matter.

DFNN chair and president Ramon Garcia Jr. said in a text message that this appointment of an arbiter was significant as this reflected the intention of both parties to move forward to a “mutually beneficial” solution.

“It would hopefully restart the stalled project and bring increased revenues to the PCSO for its charitable purposes,” Garcia said.

“For shareholders of DFNN, the management has ensured value for their investments and look forward to a positive outcome and increased and a final revenue stream for the project with PCSO. I believe both managements of the respective parties want to move forward from a situation that was created in a past administration,” Garcia said.

The appointment of Factoran as arbiter was subject to the nomination of the third arbitrator to act as chair by the respective arbitrators of DFNN and PCSO.

Last March, DFNN received a resolution from the Court of Appeals junking the PCSO’s petition to dismiss its complaint over the aborted equipment lease contract.

In 2010, DFNN obtained an injunction from the Regional Trial Court (RTC) of Quezon City that prevented the PCSO from awarding any contract to any entity for wireless betting while DFNN was undergoing arbitration proceedings. It was this RTC ruling that the PCSO had assailed before the CA which, however, dismissed its motion.

In its complaint against the PCSO, DFNN had argued that the unilateral cancellation of the agreement was without cause; that the issuance of the PCSO resolution, approving the revised text betting project, as well as PCSO’s act of negotiating with third parties regarding the implementation of the said project, compounded the violation of the rights of DFNN; and that DFNN would suffer grave and irreparable injury.