Grenade lobbed at QC police station; no one hurt 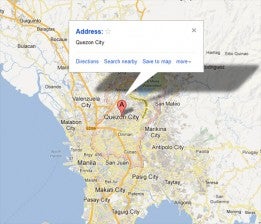 MANILA, Philippines—A motorcycle-riding suspect hurled a grenade at a police station of the Quezon City Police District early Monday but no one was hurt, police said.

A report from Police Officer 1 Hermogenes Cortez said a MK2 hand grenade was thrown at QCPD station 5 in Fairview around 2:40 a.m.

The grenade entered through the glass portion of the station’s door and landed at its lobby near the stairs.

The device, however, didn’t explode as one of its pins was not pulled off.

A radio report said authorities suspected that a motorcycle-rider was behind it but QCPD station 5 said it has yet to confirm the information.

No one was hurt from the incident.