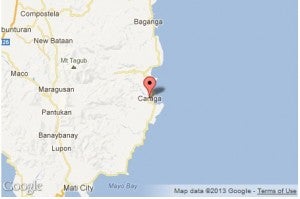 BUTUAN CITY, Agusan del Norte, Philippines—Caraga Region’s political dynasties, many of them allied with the Liberal Party (LP) of President Benigno Aquino III, have retained their grip on power.

The Amantes have held on to the gubernatorial seat for 18 years, with siblings Angelica and Erlpe swapping posts since 1992.

Edelmiro Amante, the patriarch, laid the groundwork for the family members to control the province when he first became congressman in the second district in 1987. He held on to the post for 20 years, except in 2004 and 2010 when his daughter Angelica took over the post.

In Surigao del Sur, the Pimentels are winning in large margins, with brothers Johnny and Vicente reelected as governor and Carrascal town mayor, respectively. The brothers— both LP stalwarts —swapped positions when term limits barred the elder Vicente from running in 2007.

In the capital town of Tandag, Roxanne Pimentel defeated Sarie Dumagan, the incumbent vice mayor, for the mayoral race. Roxanne is the wife of outgoing Mayor Alexander Pimentel, another Pimentel sibling.

In Surigao del Norte, the Liberal Party continued to project a strong showing in the polls with the Matugases repeating their sweep both in the city and in the province.

Likewise, it was walk in the park for the governor’s husband, reelectionist Congressman Francisco Matugas (first district), when he defeated two other rivals by wide margins.

Francisco’s younger brother, reelectionist Surigao City Mayor Ernesto Matugas, meanwhile, soundly defeated ex-mayor Alfonso Casurra by over 4,000 votes. A bonus for Mayor Matugas is the election of his son and namesake to the 10-member City Council.

However, not all LP candidates fared well in other parts of the region.

A consolation for Jade is the election of her partymate, Arlene “Kaka” Bag-ao, to the province’s lone congressional district. Bag-ao defeated Jade’s sister, Gwendolyn, by over 1,000 votes.

Reelectionist Governor Eddiebong Plaza (NUP) is poised to win against his rival, LP candidate Dickens Otero, with 62 percent of the total votes counted as of 2 p.m. Wednesday.

His sister, Valentina, is also poised for reelection against another LP candidate, Bob Aquino, leading by over 20,000 votes with 62 percent of the votes counted.

In the second congressional district, siblings Evelyn Plaza-Mellana and Rodolfo Plaza are still neck and neck, their fate will be determined when the votes of the last precinct in the remote town of La Paz are counted.

At press time, election officials in the province are still awaiting the PCOS machine from Manila that will replace the defective one used in one of the three precincts in Barangay Poblacion in La Paz town after the CF card cannot be read.

Plaza-Mellana is leading by 455 votes, and the last “uncounted” precinct has 714 votes.With reports from Chris V. Panganiban, Inquirer Mindanao