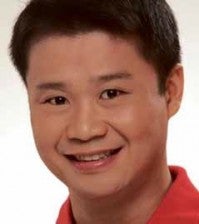 MANILA, Philippines—The United Nationalist Alliance said Wednesday it has filed a motion to suspend the Commission on Elections’ proclamation of winning senatorial candidates over reports about “manipulated data” and slow transmission of vote returns.

He also expressed concern on reports reaching them that there had been a manipulation of data at the command center of the Parish Pastoral Council for Responsible Voting (PPCRV) where a partial unofficial tally of election results.

Fresh from his victory in Manila’s mayoral race, former President Joseph Estrada, a senior UNA leader, also said his coalition was worried of possible manipulation in the result of the senatorial derby.

UNA campaign manager Toby Tiangco said the alleged manipulation was allegedly committed by a Smartmatic personnel he identified as one Daton Cerino.

He urged Comelec to launch an investigation into the matter as well as why the counting of election results is taking so long.

Alamin muna kung ano ang problema,” Tiangco said, adding that this year’s counting of results should have been faster than that of the 2010 elections considering that this is the second time that the election was ran in an automated scheme.

(What’s important is the integrity of the elections. We are asking a postpone the proclamation of the senators. Let’s find out first what’s the problem.)

As of posting, Comelec received 29 certificates of canvass out of a total of 304.

The proclamation, originally scheduled for Wednesday evening, may take place on Thursday or Friday.

Brillantes said that in the May 2010 automated elections, the proclamation of six senatorial candidates was done five days from the start of canvassing.

For this year, he said they are targeting the proclamation of 12 senators in five days.