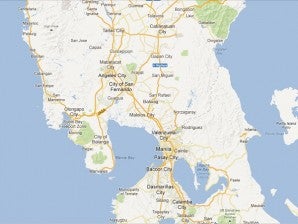 MANILA, Philippines—Indigenous folk from the provinces of Quezon, Rizal and Bulacan are up in arms over the proposed construction of dams in the Sierra Madre mountain range that it is feared would submerge large swaths of forested and agricultural lands.

At a recent summit held in Infanta, Quezon, more than 100 leaders of the Aeta, Dumagat and Remontado tribes voiced their opposition to the national government’s plan to erect at least five dams to meet the water needs of Metro Manila.

“If the dams push through, hundreds of hectares of pristine forest, agricultural land and our ancestral domain within the Kaliwa-Kanan and Agos River watershed will be submerged,” the leaders were quoted as saying in a statement by the Save Sierra Madre Network Alliance Inc. (SSMNA).

“These mega dams are being pushed by the Metropolitan Waterworks and Sewerage System (MWSS) to divert water for the consumption of Metro Manila,” SSMNA said.

“We strongly oppose the construction of these monster dams in the Sierra Madre. These projects will be built on our ancestral lands where our traditions and culture are rooted. Our lands are sacred to us,” the tribal leaders said.

The summit coincided with the celebration of Earth Day and the death anniversary of Macliing Dulag, a Kalinga leader who was murdered 33 years ago for opposing the construction of the Chico Dam.

The IP Summit was spearheaded by SSMNA and Task Force Sierra Madre for Balanced Ecology.

At the forum, Dumagat leaders from Bulacan shared their experiences with the dams in their province.

“Since the construction of the Angat Dam, we have been barred by private security guards from entering our forest to gather forest products such as yantok or bamboo and are even required to secure a gate pass,” said Norma Roque of Barangay Kabayunan in Doña

“It’s tragic that we are being denied access to our own ancestral domain. We hope our ill fate will not be experienced by our sister and brother Dumagats in other parts of the Sierra Madre,” she said.

Fabian nearly out of PAR, but still intensifies habagat — Pagasa