Greeks protest austerity on May Day 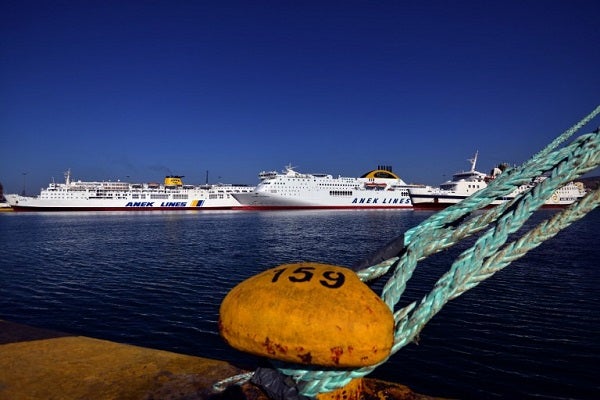 Ferries are docked at the port of Piraeus, near Athens, during a 24-hours strike on May 1, 2013. AFP/ARIS MESSINIS

ATHENS – A strike stopped ferry services to the Greek islands and disrupted public transport in the capital Athens ahead of May Day protests Wednesday against Greece’s prolonged economic austerity policies.

Ferry services were expected to be halted the entire day as the Panhellenic Seamens’ Union took part in the general strike called for by the country’s two main unions.

Public transport in the capital returned to normal around 9 am (0600 GMT) after early work stoppages in the metro and bus services.

But police have demanded that four metro stations in the city center remain closed, because of rallies due to start at 0800 GMT.

“May 1st, day of memory, honour and struggle” was the call of private sector union GSEE, which along with public sector union ADEDY, is organising the protest.

Communist-affiliated group Pame is also scheduled to hold its own march in the Athens city center.

Many shops have remained open however, as the government recently decided to relocate the May 1 public holiday to May 7, because of the celebration of Orthodox Easter on May 5.

The government’s decision, an attempt to help traders maximize sales during the Orthodox Holy Week, is likely to affect protest turnout.

The heavily-indebted country has adopted a strict austerity program, in return for vital rescue loans from its international creditors.

On Sunday the government voted to adopt a law that will allow the dismissal of 15,000 civil servants as part of the terms set by the European Union and International Monetary Fund.

The unions had organised a protest outside the parliament at the time of the vote, but their call was only met by around 800 people.

Read Next
7 hurt as bus falls on its side on Commonwealth Avenue, Quezon City
EDITORS' PICK
In Borongan, nuns play hoops (not mahjong)
PH resumes talks with China on Chinese-funded transport projects
Powered by style, innovation and passion
Why Tagle is a leading papal contender
House energy committee chair Arroyo bats for cheap electricity
A laptop that maximizes your WiFi so you can maximize your productivity
MOST READ
Imee Marcos bares illegal importation of white onions
Why Tagle is a leading papal contender
Vico Sotto undergoes procedure for knees
Ogie Alcasid positive for COVID-19: ‘We keep ourselves protected and yet inabot din’
Don't miss out on the latest news and information.