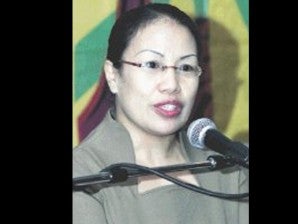 MANILA, Philippines – A lawyer on Monday asked Social Welfare Secretary Corazon “Dinky” Soliman to reconsider her department’s decision to withhold records of a rape victim even if the victim herself was the one requesting.

In a letter dated April 29, lawyer Trixie Cruz-Angeles said “the confidentiality provisions seek to prevent publication and release of information on the victim to others who seek and not against the victim herself.”

She pointed out that Republic Act 7610 or the Anti-Child Abuse Law does not prohibit the person being protected from getting the necessary information she needed to pursue her case.

The victim has been under the protective custody of the DSWD from April 20008 to November 2011.

Last week, they requested the DSWD for records of the victim so that it could be used on her case but the agency turned it down for confidentiality reasons.  Several follow ups were made but the DSWD refused to budge.

“Privacy means that every person’s personal matters cannot be divulged to the public, unless the public interest warrants it. It does not apply against the person whose privacy is sought to be protected,” Cruz-Angeles explained.