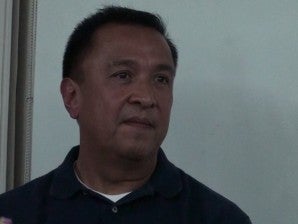 MANILA, Philippines—United Nationalist Alliance senatorial candidate Jack Enrile on Friday expressed full support for the plan of the Department of Education to hire 61,000 new public school teachers this year to put an end to the teacher shortage.

“The national government should fast-track the hiring of additional public school teachers to ensure the delivery of quality basic education throughout the country,” Enrile said in an interview with Radyo Inquirer 990 AM.

Enrile issued the call as the DepEd moved to deploy public school teachers based on student-teacher ratio under its new guidelines allowing the reassignment of teachers to other public schools.

Enrile lamented that last year, DepEd had reported a shortage of about 47,000 teachers in public elementary schools nationwide.

“The continuing shortage of public school teachers is unacceptable. We should fill this shortage consistent with the constitutional mandate that the state should maintain a system of free public education in the elementary and high school levels,” Enrile said.

The DepEd’s Basic Education Information System shows an imbalance in the distribution of teachers: some schools have a less than 40 to 1 ratio as many schools have more than 40 students per teacher.

As an interim measure, DepEd has begun to transfer teachers from one school to another to address the problem of overcrowding of students.

Enrile said the current teacher shortage deprives the youth of the opportunity to complete basic education that should adequately prepare them for higher education and eventually lead to gainful employment.

Enrile emphasized that even as poverty keeps many children and youths from completing basic education, the government should strive to keep as many of them in school as possible with adequate classrooms and modern facilities as well as competent teachers.

Enrile is running for a seat in the Senate on a platform of food security, consumer protection and job creation.