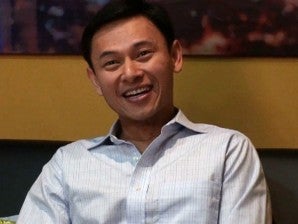 MANILA, Philippines—Eight senatorial candidates from the administration and opposition tickets on Wednesday got the nod of one of the largest labor federations in the Philippines, which pledged a “solid vote” of 100,000 votes for each of them.

The Philippine Trade and General Workers Organization (PTGWO) under the Trade Union Congress of the Philippines (TUCP), the biggest labor confederation, endorsed the candidacies of five Team PNoy candidates and three from the United Nationalist Alliance (UNA).

The group, which boasts a membership of 110 labor unions, declared its support for the eight candidates in a general assembly in the TUCP headquarters in Quezon City on Wednesday.

PTGWO spokesperson Hernan Nicdao said the group would go for a block vote and could potentially produce 100,000 votes for each of the eight candidates. “We’re labor unions, and of course, we will vote as a block,” he said.

He said the group deliberated on whom to pick a few weeks ago and based its decision on which of the candidates had platforms that addressed job security and consumer protection.

“These candidates met our standards in terms of their platform to improve jobs, raise decent wages for workers, and advance consumer protection,” Nicdao said.

He said the group’s choices transcended party lines, and its members considered the candidates’ qualifications only during the deliberations.

At the assembly on Friday, only Cayetano and Angara came to express their thanks for the group’s endorsement, as well as outgoing Sen. Manny Villar, who represented his wife Cynthia Villar, along with TV host Willie Revillame.

Villar told reporters he considered the endorsement a major boost to his wife’s campaign, considering one of her main advocacies was to generate jobs.