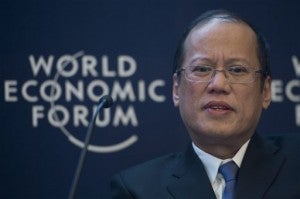 MANILA, Philippines—If you’ve been freeloading on cable TV or cable Internet with illegal connection, you could now end up in the slammer.

President Aquino has enacted Republic Act No. 10515 penalizing tapping of cable TV or cable Internet with up to five years behind bars and P100,000 in fines.

“This act aims to protect the cable television and cable Internet industries from cable pilferage,” said RA 10515, which the President signed on April 17.

The Anti-Cable Television and Cable Internet Tapping Act of 2013 prohibits any person from intercepting any signal over cable TV or cable Internet by tapping into this without any authority from the service provider.

It further prohibits the recording, reproduction, distribution, importation and sale of such intercepted signal for commercial purposes without the go-signal from the service providers.

If the violator is a corporation or association, the president, manager, managing partner or any officer would be held liable, according to the law.

Theft of cable services across the country has increasingly become a trend.

In 2010, local cable TV operators pushed for tougher measures against illegal connections that had been costing the industry billions of pesos in losses.

The Philippine Cable TV Association said then that there was one illegal cable connection for every legal subscription in the country, translating into some P6.3 billion in losses annually for the industry.

The association said that a future law should criminalize cable theft and at the same time, allow service providers to recover losses from subscribers damage to equipment due to cable theft.