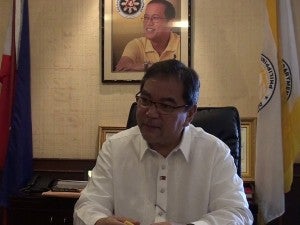 MANILA, Philippines—Tourism Secretary Ramon Jimenez Jr. and former Palawan City Mayor Edward Hagedorn lead the awardees in the 9th Tourism Awards to be handed out by the Rotary Club of Manila (RCM) on April 18 at the Manila Polo Club, Forbes Park, Makati.

RCM tourism awards committee chair Robert Lim Joseph said the awardees, leaders in their sectors of the tourism industry, were being recognized for their contributions and support for tourism in the country.

Jimenez, he said, was being cited for his determination to attract more tourists to the Philippines, from 4.3 million in 2012 to 10 million by 2016.

Hagedorn, a candidate for senator, is credited with making Palawan a premier tourist destination by modernizing its tourism facilities and preserving its natural wonders and environment.