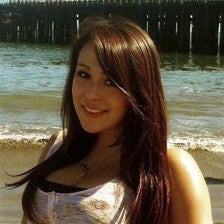 SARATOGA, California — Eight days after being sexually assaulted by friends while passed out at a party, and then humiliated by online photos, 15-year-old Audrie Pott posted on Facebook that her life was ruined, “worst day ever,” and hanged herself, the family’s lawyer said.

For the next eight months, her family struggled to figure out what happened to their soccer-loving, artistic, horse-crazy daughter, whose gentle smile, long dark hair and shining eyes belied a struggling soul.

And then on Thursday, a California sheriff’s office arrested three 16-year-old boys on suspicion of sexual battery. The arrests “reopened a wound” for family members of Pott, and they have gone into seclusion, family attorney Robert Allard said.

“The family has been trying to understand why their loving daughter would have taken her life at such a young age and to make sure that those responsible would be held accountable,” Allard said.

“After an extensive investigation that we have conducted on behalf of the family, there is no doubt in our minds that the victim, then only 15 years old, was savagely assaulted by her fellow high school students while she lay on a bed completely unconscious,” he said.

He said Friday that the girl saw an intimate photo being passed around online and pieced together from emails and text messages that her friends had victimized her while she slept.

Allard did not provide additional details about how she was assaulted but he said she had fallen asleep after drinking at a sleepover.

Family members of the girl said on Friday they suspect the attackers tried to destroy evidence. The family claim was posted on a Facebook page for a foundation set up in her name. It did not provide further details, and the Santa Clara County sheriff’s office did not immediately respond to a request for comment.

Santa Clara County sheriff’s Lt. Jose Cardoza said the suspects were booked into juvenile hall and face two felonies and one misdemeanor each. Their names were not released because they are minors. Details about the assault were also not released. 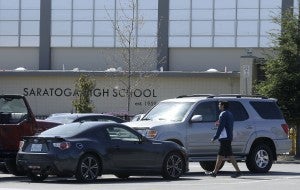 Cardoza said the investigation is ongoing.

The Associated Press does not routinely identify victims of sexual assault. But in this case, Pott’s family wanted her name and case known, Allard said. The family also provided a photo to the AP.

The girl’s family members have not commented and have requested privacy until a planned news conference Tuesday. Her father and stepmother, Lawrence and Lisa Pott, along with her mother Sheila Pott, have started the Audrie Pott Foundation to provide music and art scholarships and offer youth counseling and support.

The foundation website alludes to the teen’s struggles, but until now law enforcement, school officials and family had not discussed the sexual assault.

“She was compassionate about life, her friends, her family, and would never do anything to harm anyone,” the site says. “She was in the process of developing the ability to cope with the cruelty of this world but had not quite figured it all out.

“Ultimately, she had not yet acquired the antibiotics to deal with the challenges present for teens in today’s society.”

The Pott family is not alone.

In Canada, authorities said Friday they were reopening an investigation into the case of a teenage girl who hanged herself Sunday after an alleged rape and months of bullying. A photo said to be of the 2011 assault was shared online.

No charges initially were filed against four teenage boys being investigated. But after an outcry, Nova Scotia’s justice minister appointed four government departments to look into the case.