No syndicate behind cases of missing children — Metro police 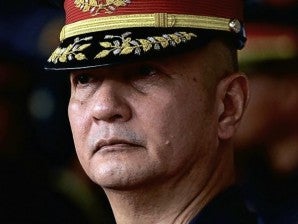 MANILA, Philippines — The National Capital Region Police Office (NCRPO) has allayed fears that a criminal syndicate could be kidnapping children to use in their businesses, amid a spate of reports of child abductions and deaths.

Chief Superintendent Leonardo Espina, NCRPO director, said police have not monitored any syndicate at work in the abduction cases.

“We have not monitored any syndicate involved,” Espina said in a press conference in Pasig City. “In the abduction case in Quezon City, there was just one person who took the kid.”

“He had a companion, but this is an indication that this is not a syndicate. Now we are spreading the composite artist sketch of this person so we could arrest him and his companion, even if the kid has been reunited with his parents,” he said.

Meanwhile, Espina said the discovery of the badly rotting body of a four-year-old kid in Pililia, Rizal, who apparently fell into a 10-foot ravine before perishing and before his innards were eaten by wild animals, was not connected to cases of child snatching in Metro Manila.

Espina added that most of the reported cases of abduction were resolved in time.

“In 2012, we got 38 reports of missing persons. But not all of them can be called abductions, because out of the 38 cases, 36 were resolved and the victims were returned to the care of their parents. Some fled their houses while others strayed far while playing,” he said.