Ramon Montaño returns to Edsa I to fight his last battle 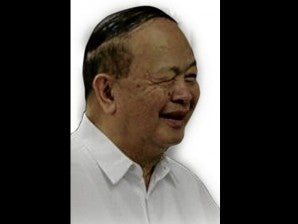 THE GENERAL’S LAST HURRAH Montaño offers to represent the men in uniform “exploited by politicians to keep themselves in power.” INQUIRER FILE PHOTO

A bystander, seeing the candidate wearing a yellow campaign vest at a provincial campaign sortie, remarked: “There goes one of the members of the Cory troops against the coup d’etat.”

True enough, retired Maj. Gen. Ramon Montaño made his mark during the critical years of the Corazon Aquino administration when the fledgling post-Edsa administration faced challenges on all sides, but particularly from a restive and coup-prone military.

He does not care to count the first time he ran in 2004 with the eccentric Eddie Gil. (Montaño withdrew his candidacy.)

Montaño said his decision to run now was spurred by frustration at where the country is standing since the first Edsa People Power Revolution in 1986.

“Many, many decades later, the aging participants of that (Edsa) People Power  Revolution for true reforms and for people empowerment are witnessing its utter failure … and the dream of Edsa ’86 remains a dream,” Montaño said in a statement titled “The Last Hurrah” which he released when he filed his candidacy papers last December.

“It is in pursuit of this dream forged at Edsa in 1986 for all to travel the straight [and] narrow path for reforms, for justice, for honor that impelled me to try to join the Senate in 2013,” he said.

Montaño, who is seeking to represent the soldiers and policemen who are “exploited by political leaders to perpetuate themselves in power,” has so far campaigned mainly among fellow military and police retirees.

However, his campaign has found itself unexpectedly galvanized by a relatively extensive family network across the country.

Despite the short notice and inexperience at running a national campaign, his relatives have been quick to close ranks to help their “Tito Gen(eral).”

In the provinces of Iloilo and Guimaras, family reunions are, for the first time, being organized just for Montaño.

“He ignited it, he opened this opportunity for the Montaño clan. In a very short period of time, we have organized. If only we had a longer time to organize,” said Manuel Montaño of San Miguel, Iloilo.

Jocelyn Montaño-de los Reyes, who runs a gardening business in Iloilo City, found herself the overall coordinator for the entire island of Panay.

“I’m not involved in politics. I don’t have experience in this. But I saw there’s no one else to coordinate from Iloilo, so here I am,” she told the Inquirer during the candidate’s campaign swing through Iloilo, Guimaras and Antique last April 1.

On April 1, Montaño and his Iloilo campaign team crossed to Guimaras for a first-ever clan reunion in the island-province hosted by four of eight Montaño sisters based there.

“It’s an honor to be with my family. We are just one family, we stay together, we pray together. They say in Guimaras, our family is influential. So let’s work, work hard,” said Montaño who spoke in Hiligaynon.

From Guimaras, the group crossed the sea again to San Jose, Antique, to meet with a group of military and police retirees who once served under Montaño’s command.

He said it was disheartening to see that law enforcers are no longer respected. “So my advocacy is to return the glory of the constable, to return the respect to the police,” he said.

“He’s very good, very strict but right. That’s how I learned from him. He shares what he knows,” said retired Lt. Col. Heracleo Severino, the provincial president of the Police Retirees Association Inc., a constable second class when Montaño was captain back in 1969.

Retired police officer Marcelo Cenol Sr., president of the Philippine Constables Association Inc. provincial chapter, with about 137 members in Antique, said he can vouch for Montaño.

“We know he is clean. What is for Juan is for Juan. We know him. We served together in the PC,” Cenol said.

Born in 1937 in Cebu City where he grew up, Montaño traces his roots to Iloilo. His great grandfather and ancestor, Tiburcio Montaño (“Kapitan Tibor”) was one of two sons of a friar in San Miguel, Iloilo, in the mid-19th century.

The Montaños have dispersed to different parts of the country.

According to Montaño, the mother of the Abu Sayyaf founding leaders, Abdurajak and Khadafi Janjalani, is a Montaño, one of the 12 children of Tiburcio. Family lore has it that one of the children went to Jolo and married a Tausug princess.

A member of PMA Class 1958 (the youngest in his class), Montaño was an intelligence officer when martial law was declared in 1972.

During the 1986 Edsa Revolution, Montaño was on the side of the anti-Marcos forces led by then Defense Secretary Juan Ponce Enrile and then Armed Forces Vice Chief of Staff Fidel Ramos.

He headed the PC Capital Command/Metropolitan Police Force (CapCom/MPF) when the Aquino government came under attack from rebel soldiers led by then Lt. Col. Gregorio Honasan.

“[He] rallied and consolidated the entire command to remain loyal to the new Constitution and the flag after Edsa. He led the CapCom/MPF in a bloodless confrontation against the destabilization forces of the Marcos loyalists, the violent Left and the ultra-rightist rebel soldiers which resulted in the peaceful resolution of the Manila Hotel incident and the “‘God Save the Queen’-attempted coup,” his resume reads.

Recalling those dangerous times, Montaño said they were “walking a very tight tightrope.”

“On the one hand, the likes of Joker (Arroyo) and Teddyboy (Locsin) were denouncing us for being remnants of the Marcos fascist regime. On the other hand, the officers and soldiers were angry at perceived communists in the Cabinet, against corruption,” he said in an interview.

“The irony was, it was a bloodless revolution, but after that, it was bloody. And for what? Why did they do it? It was greed, lust for power,” he said.

In 1991, Montaño became an undersecretary at the Department of the Interior and Local Government which oversaw the transition of the PC-INP to the Philippine National Police.

When Ramos became president, Montaño served as a presidential adviser for political affairs.

During the Arroyo administration, Montaño was implicated in destabilization attempts, beginning with the so-called Oakwood mutiny in 2003 and in the attempted coup in 2005 in the wake of the “Hello Garci” election cheating scandal.

Montaño said he is now writing his memoirs, in collaboration with Ramos.

“I know it all, how the polarity of the military started,” he said.

Such are his recollections of that era that when someone introduced himself in San Jose, Antique, Montaño asked if he was related to a certain contractor from Cebu with the same name, going on to relate a story of how the contractor was edged out of his own project during the Marcos regime.