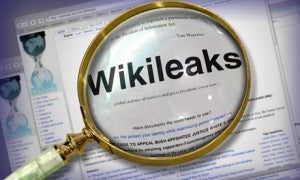 SYDNEY — Whistleblowing group WikiLeaks unveiled plans Saturday to field candidates in at least three states in Australia’s elections and said it would be “embarrassing” if Julian Assange won but couldn’t take his seat.

Assange, Australian-born founder of the controversial WikiLeaks site, announced that he would run for the Senate last year and is pushing ahead with the plan despite being holed up in the Ecuadorian embassy in London since June.

Greg Barns, a lawyer who is Assange’s newly-appointed campaign director, said the WikiLeaks Party had secured candidates to run in at least three states when Australia goes to the polls on September 14.

Aside from Assange, who is expected to be on the upper house ticket for the state of Victoria, Barns said WikiLeaks would present several other “high quality candidates” including a state running mate for the WikiLeaks chief.

That would allow the party to take the Victoria seat even if Assange, who sought Ecuadorian asylum in a bid to dodge extradition to Sweden where he is wanted over sex crime allegations, is unable to return to Australia.Britain refused to grant Assange safe passage out of the country, leaving him stranded in Ecuador’s London embassy, and Australia — his place of birth — has been outspoken about his whistleblowing activities.
Barns said the WikiLeaks Party “certainly think we’re in the mix to win a Senate seat in each of the three states” it presently had plans to run in, but Assange’s return to Australia if victorious would be a matter for Canberra.

“It would be up to the government to secure the opportunity for Mr Assange to come back to Australia,” Barns told reporters.

But he added: “It would be internationally embarrassing for the voters of Victoria not to be able to have in the senate the person for whom they voted on September 14.”

Despite the swirl of allegations against him, the WikiLeaks founder is a popular figure in Australia.

Assange said last month that he believed the US would drop its grand jury investigation of his diplomatic memo leaks and Britain would follow suit were he to win a seat in the Australian election.

To persist would risk an “international diplomatic row” Assange told the Australian news website The Conversation.

Barns denied that Assange’s Senate bid was merely a strategy to secure his release from the embassy and return to Australia.

“If that were the case he would simply put his name down for the Senate, run in the ungrouped category and hope to get elected,” he said.

The WikiLeaks Party said more than 500 people had already registered as members — the threshold to be registered with the Australian Electoral Commission — and that they had come from across the political spectrum.

Read Next
PAWS seeks to inject animal issues into May elections
EDITORS' PICK
Get exciting deals and discounts when you download the new McDonald’s App
SM continues to send relief assistance to remote towns in Batangas
Palace: US Senate move also made Duterte junk VFA
Year of metal Rat: ‘Rooster’ Duterte warned of scandals
China expands lockdown against virus, fast-tracks hospital
‘A greener, cleaner tomorrow’: A how-to guide for Filipinos who want to help with today’s energy crisis
MOST READ
No time for revelry; Tagaytay instead plans for alert level 5
Palace: US Senate move also made Duterte junk VFA
Virus scare: 600 Chinese from Wuhan must leave PH by Jan. 27
Magnitude 4.2 earthquake rocks Ilocos Norte
Don't miss out on the latest news and information.