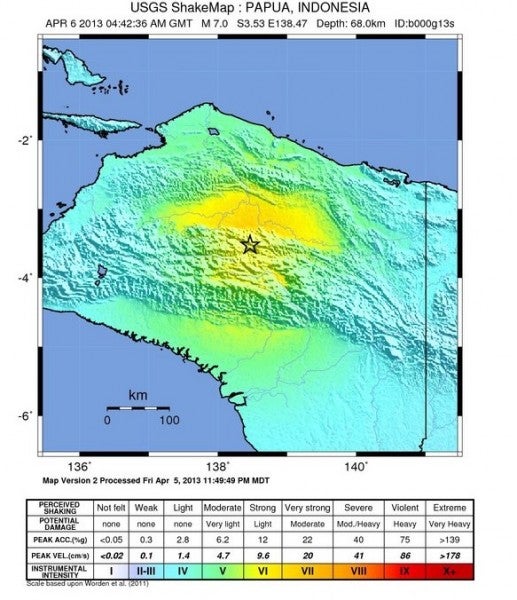 There were no immediate reports of damage and no tsunami warning was issued after the quake struck on land at 1:42 p.m. (0442 GMT) at a depth of 75 kilometers (46 miles), 272 kilometers west-southwest of provincial capital Jayapura, the USGS said.

Local seismologists had measured the quake at 7.2 magnitude.

People in the area told AFP they felt the quake strongly and hundreds went running into the streets, witnesses told Agence France-Presse.

Narsi Bay said she was in a meeting on the first floor of a hotel in Jayapura when she felt “strong shaking”.

“I went downstairs to go outside as quickly as I could as I was afraid that the building would collapse,” she told AFP.

“The quake happened on land, there is no tsunami threat,” an official from the country’s meteorology, climatology and geophysics agency told AFP. “We haven’t received any reports of damage.”