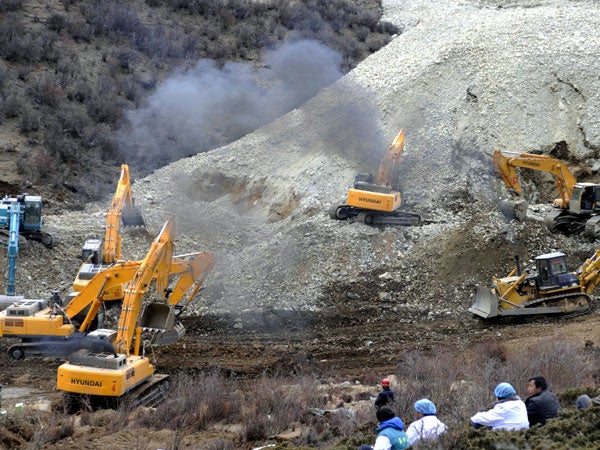 BEIJING—Chinese rescue crews have recovered a total of 54 bodies in the aftermath of a huge landslide in Tibet that buried more than 80 mine workers, state television reported Tuesday.

China Central Television reported that operations resumed Tuesday morning after being suspended Monday due to fears of more landslides in the area.

A total of 36 bodies had been recovered by Monday before operations were suspended, state media reported previously. The latest total would mean that 29 miners were still missing.

The disaster struck Friday when the landslide crashed down a mountain east of the Tibetan regional capital of Lhasa onto a mine workers’ camp and buried 83 people.

Chances of finding any survivors are regarded as slim, state media has reported. Experts from the ministry of land and resources were investigating the cause of the landslide.

Mountainous regions of Tibet are prone to disasters, which can be exacerbated by heavy mining activity.