Number of US cancer survivors is on the rise 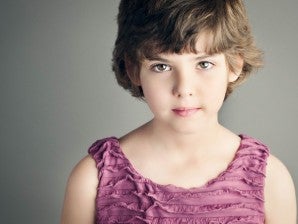 This photo dated February 2013 provided by Kari Whitehead shows seven-year-old Emily Whitehead at her home in Philipsburg, Pennsylvania. Emily Whitehead is kind of a big deal. At age seven, she is the only child to have beaten back leukemia with the help of a new treatment that turned her own immune cells into targeted cancer killers. AFP PHOTO/KARI WHITEHEAD/HO

WASHINGTON — The number of Americans who have survived cancer is on the rise and is expected to reach 18 million people in the next decade, according to a report released Wednesday.

That would be a 30 percent increase over the latest figures in January 2012, which showed 13.7 million people in the United States had survived some form of cancer, according to the American Association for Cancer Research.

The forecasted increase is mainly due to the aging population, with two thirds of cancer survivors expected to be 65 or older by 2020, said the study.

The trend represents a new challenge for the health care industry and for longer-living survivors, who may face other health woes over time.

“How to ensure that these patients lead not only long lives, but healthy and productive lives, will be a vital challenge to all of us,” said Julia Rowland, director of the Office of Cancer Survivorship at the National Cancer Institute, part of the National Institutes of Health (NIH).

The AACR’s report shows that women with breast cancer account for 22 percent of survivors, while men with prostate cancer make up 20 percent.

However, those with lung cancer make up a slim three percent of all US survivors.

“However, we clearly need to have better diagnostic tools and better treatments for lung cancer.”

A report by the US Centers for Disease Control and Prevention released in January showed that fewer people were dying from cancer in the United States, continuing a trend that began in the early 1990s.

About 1.6 million Americans are diagnosed with cancer every year.