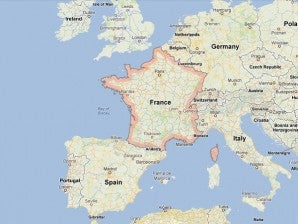 PARIS – French police on Wednesday arrested 16 youths over the gang hold-up of a suburban train that caused an outcry over a perceived increase in crime on Paris’s commuter network.

The youths, most of them under 18, are suspected of having boarded a train in the rundown suburb of Grigny on March 16, setting off the alarm and then going through the carriages forcing passengers to hand over cash, mobile phones and even some clothes.

Police said some of the stolen items had been recovered along with forged identity cards during dawn raids in a giant Grigny housing estate. Some of those detained are suspected of involvement in two other similar robberies earlier this month.

Philippe Rio, the Communist mayor of Grigny, welcomed the arrests. “What they did was not only very serious, it was completely stupid,” he told AFP.

“All they will do is increase the discrimination that already exists against people from Grigny. They discredit the silent majority of residents who just want to live their lives in peace.

“Grigny might not be CareBears territory but it is not the wild west either.”

Although the incidents have been highlighted by the centre-right opposition as indicative of mounting lawlessness in sections of French society, transport officials stress that the greater Paris network remains at least as safe as those of similar cities around the world.

No one was hurt in the three robberies which triggered Wednesday’s arrests and the line targeted carries 550,000 passengers a day, usually without incident.