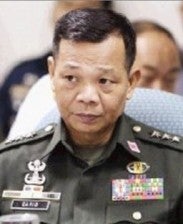 MANILA, Philippines–The Bureau of Immigration on Wednesday defended its plan to implement a biometrics program for documenting the arrival and departure of international travellers.

In a statement, Immigration Commissioner Ricardo David Jr. maintained that the P50-million project is “not a waste of government funds because it benefits the country outweighing financial cost.”

Aside from improving border security, David said it will also expedite the processing of travellers in the ports of entry, ensure the integrity of the immigration system and even safeguard the privacy of travellers.

“It will also help us prevent foreigners from using fraudulent documents to enter the country and enable us to identify departing aliens who have overstayed,” he added.

The biometrics scheme, he explained, involved the use of an inkless device and digital camera in capturing the fingerprints and photographs of international travellers.

Meanwhile, Immigration Associate Commissioner Abdullah Mangotara assured that biometrics information of the travellers will be kept in the strictest confidentiality and used only for law enforcement and official purposes.

The Immigration statement came following the filing of the complaint with the Ombudsman in connection with the P50-million contract for the biometric project.