‘Jose Velarde’ has nothing to do with martial law museum 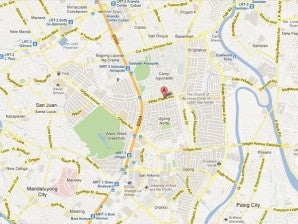 MANILA, Philippines—Leave “Jose Velarde” out of it.

The cousin of President Aquino and a Cabinet Secretary of ousted President Joseph Estrada are the ones wooing residents of Corinthian Gardens Homeowners Inc. (CGHI) for a “partnership” to build the Memory Museum complex at the corner of White Plains Avenue and Edsa in Quezon City.

The museum will serve to memorialize the atrocities in the martial law period and the bloodless revolt which ended the reign of Ferdinand Marcos.

Sotto said Dichaves, who was tagged as the real owner of the Jose Velarde bank account exposed in the Estrada impeachment trial, had told Montelibano and Pardo that they needed to convince two-thirds of the residents before they could use the Corinthian Garden property for the project.

The Inquirer had earlier reported that Dichaves, who is facing plunder charges at the Sandiganbayan, was back making deals with Malacañang associates 12 years after his friend, Estrada, was ousted from power in Edsa 2.

Sotto said Dichaves has not lobbied for the project as he has not taken any position on the issue pending the meeting of the board of directors and the CGHI members. The issue has not been voted on since Montelibano and Pardo made a presentation to the residents last Jan. 27.

She also said it was “not precise” to claim that the project was facing stiff resistance from the homeowners “since there was no survey or referendum conducted yet for this purpose.”

“Regarding our possible partnership in the construction of the Memory Museum and Linear Park, we are writing to formally request for the perpetual utilization of the easement, the sidewalks and the walls of the Cortinthian Gardens Village. The areas identified will be used for the construction of the grand steps, the memory walk and a covered walkway connecting all the structures of the complex,” Pardo said in his letter to Dichaves on Jan. 17 this year.