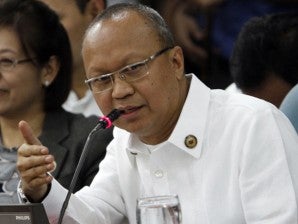 MANILA, Philippines — Team PNoy on Wednesday branded the United Nationalist Alliance a “cry baby” for protesting and questioning the latest survey by the Social Weather Station.

The SWS survey from February 15 to 17 showed that nine Team PNoy senatorial bets had a statistical chance of winning in the upcoming May elections while only three would come from UNA.

“When UNA was dominating the results of recent surveys, they praise to high heavens and they were celebrating. Now that Team PNoy overtook them, they are protesting and making unfounded innuendos,” he said.

UNA’s alleged claim that the result of the SWS survey is part of a grand design to manipulate the results of the election, is “totally absurd and childish”, Evardone said.

“We have nothing to do with the survey. We respect it as a scientific method,” he said.

“UNA should be consistent for it to be credible.”

And the reason why voters are favoring Team PNoy is because UNA lacks credibility and coherence. Whereas, Team PNoy has a clear message to the Filipino people: We are a partner of President [Benigno] Aquino [III] in his reform agenda,” Evardone added.