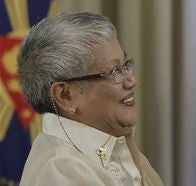 OZAMIZ CITY, Philippines – Peace advocates lauded the formal organization of the Transition Commission (TransCom) by President Benigno Aquino III as the beginning of a new history for Mindanao.

“We applaud both sets of the TransCom members and congratulate each and every one of them on their selection and endorsement by their communities, leaders and peers. We know that they each have the support and backing of the sectors they represent,” the Mindanao Peace Weavers (MPW), a network of nine major peace groups in the country focused on the Mindanao peace process, said in a statement.

The peace roadmap for Mindanao is expected to formally take off as President Aquino has constituted the 15-member TransCom that will draft a Basic Law to serve as charter of the future Bangsamoro autonomous political entity.

The creation of the TransCom is provided in the preliminary Framework Agreement on the Bangsamoro (FAB) that the parties inked last Oct. 15.

“Now that the Commission is operational with the appointment of its full membership, the mechanism to move forward on the roadmap set by the Framework Agreement on the Bangsamoro is firmly in place,” said presidential adviser on the peace process Teresita Quintos-Deles in a statement e-mailed to the Inquirer.

As provided in the framework pact, the TransCom seats are reserved for Bangsamoro. Of the 15, four are women, namely, Wahab, Jajurie, Salapuddin and Mendoza.

According to a Palace statement, the seven government nominees underwent thorough screening and evaluation by a TransCom Selection Body composed of Deles, Justice Secretary Leila de Lima, and Secretary Mehol K. Sadain of the National Commission on Muslim Filipinos (NCMF).

The Palace further said that the Selection Body screened the nominees based on their “track record in support of the peace process, and established probity, untainted by any charge or suspicion of corruption or abuse of power.”

Deles has noted that the TransCom membership is drawn “from various ethnic, professional and political backgrounds from within the Bangsamoro” hence it is “imbued with gender and generational balance.”

“This manifests the commitment of the Aquino administration in upholding inclusivity in the peace process,” she stressed.

She added that the main challenge for the TransCom is formulating a Basic Law that shapes “inclusive, participatory and empowering social and political institutions in the future Bangsamoro region.”

Government chief negotiator Miriam Coronel-Ferrer said the Basic Law, while ensuring the realization of Moro self-governance aspirations, must also “guarantee the rights and wellbeing of all citizens, groups, and sectors in the new political entity.”

“The challenges to the 15 men and women of the TransCom remain the same as those that the negotiators faced when they sat on the table to discuss a lasting solution to the armed conflict in Mindanao for the first time,” Coronel-Ferrer added.

The MPW expressed hope “their shared vision for the Bangsamoro will prove to be the bond that unites” the efforts of the TransCom members regardless of who nominated them to be part of the body.

Both Tammang and Sakkam are lawyers and natives of Sulu. Sakkam is also a diplomat while Tammang served a term as Sulu congressman from 1992 to 1995.

Also a lawyer, the Maguindanaoan Wahab currently heads the legal team of the government panel.

Benito, a Maranao, is dean of the King Faisal Center for Islamic, Arabic and Asian Studies of the Mindanao State University in Marawi  City.

Eisma, a native of Isabela, Basilan, used to be a local politician.

Mendoza is a member of the Indigenous People and Cultural Communities Sectoral Council of the National Anti-Poverty Commission being leader of the Teduray Lambangian Women’s Organization.

Salapuddin heads the Sulu-based Bangsamoro Women Solidarity Forum, and at present director of the NCMF’s Bureau of Peace and Conflict Resolution.