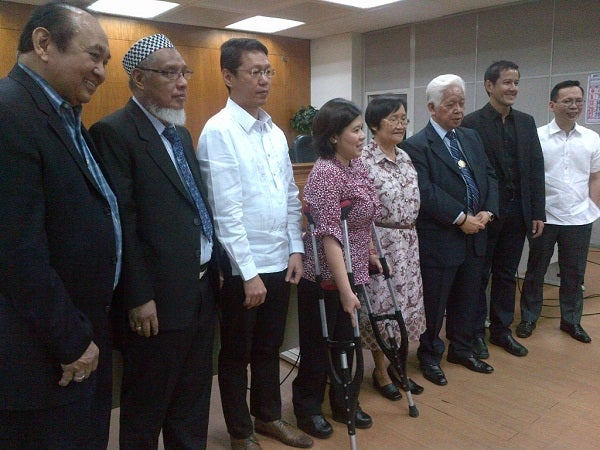 The Comelec Commissioners with Vicente Lazatin (second from right) of Transparency and Accountability Network Inc. and Pura Sumangil (fourth from right), of Chairperson of the Concerned Citizens of Abra for Good Government, after the signing of memorandum of agreement on their project that will improve the monitoring of campaign laws in the municipality of Penarrubia. MATIKAS SANTOS

MANILA, Philippines—The Commission on Elections (Comelec) signed a memorandum of agreement (MOA) Tuesday with concerned groups in the province of Abra to assist in the enforcement of campaign laws and to fight vote buying.

Executive Director Vicente Lazatin of Transparency and Accountability Network Inc. told reporters that they will be launching a focused project specifically in the municipality of Penarrubia along with the Concerned Citizens of Abra for Good Government.

“What we want to do in Penarrubia is set the elections right, to see if we can make elections work for the people, for the benefit of the people, to empower the voters to be able to choose leaders who will be responsive to their needs,” Lazatin said.

Through the MOA “the Comelec will assist us in monitoring the elections to make sure that there is no vote buying [and] that campaign finance laws are adhered to [by candidates],” he said. 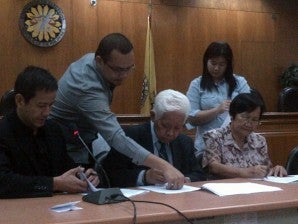 Brillantes with Vicente Lazatin (left) of Transparency and Accountability Network Inc. and Sumangil (right) of Chairperson of the Concerned Citizens of Abra for Good Government signing the MOA. MATIKAS SANTOS

Comelec Chairman Sixto Brillantes Jr. said that he finds meaning in the project because he grew up there. “I know the area very well, this is where I grew up,” he said.

Brillantes said that Penarrubia has long been “an area of concern over several elections in the past.”

Pura Sumangil, Chairperson of the Concerned Citizens of Abra for Good Government, said that because their province is small and is also one of the poorest, the residents are more easily enticed into selling their votes.

Lazatin said that this project will also involve the Department of Social Welfare and Development, Department of Interior and Local Government, Commission on Human Rights, and National Anti-Poverty Commission, among others.

The pilot project, if successful, will pave the way for its nationwide implementation come 2016, Lazatin said.