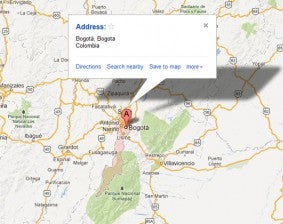 “He was sending cocaine from Colombia, hidden in shipments of fruit, to Italy for distribution across Europe,” said police General Jose Leon Riano.

Iacomino, alias Salvatore Cafareillo, allegedly has been directing a cocaine export ring from Bogota in recent years. It was shipping cocaine to Europe from several ports on Colombia’s Caribbean coast, authorities said.

Colombia is the world’s top producer of cocaine, with Peru following closely behind, according to the United Nations Office on Drugs and Crime.