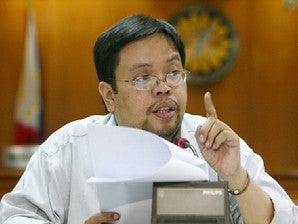 MANILA, Philippines – The Commission on Elections (Comelec) has found many violations of campaign poster rules during an inspection around the city of Manila Wednesday.

Along Taft Avenue, posters of Anakpawis and Kabataan partylists bedecked the center island under the LRT line 1.

Streamers of Buhay partylist hanging between electric poles and trees were seen along Quirino Avenue.

Comelec Education and Information Division Director James Jimenez, who headed the inspection, said that the candidates would be given notices to remove the posters.

According to Comelec Resolution 9615, all posters are allowed in designated common poster areas only. They are prohibited on public structures such as waiting sheds and electricity poles.

At Plaza Dilao, a designated common poster area was bare. Jimenez said it could probably be just because the campaign had just begun.

He however lamented that the posters were placed where they were prohibited and not where they are allowed.