Thailand warns of possible threat to US consulate 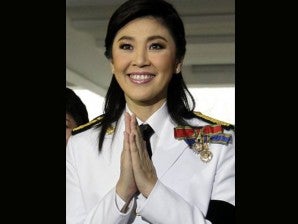 BANGKOK—Thailand said Tuesday that it had tightened security around the US consulate in the northern city of Chiang Mai in response to warnings of a possible terrorist threat.

Prime Minister Yingluck Shinawatra said she had “instructed security officials to step up security protection” at the diplomatic facility.

“The US embassy did not make any special request but we have to be vigilant and cannot be reckless,” she told reporters.

A Thai senior intelligence official who did not want to be named said the government had received information late last week about a possible threat.

“We have learned that Al-Qaeda linked Salafists (ultra-orthodox Islamists) may be planning an attack on the US consulate in Chiang Mai,” he told AFP.

“It’s difficult to find them because there are a lot of tourists in Chiang Mai and also it’s hard for them to find weapons to mount an attack,” he said.

A spokesman for the US embassy in Bangkok, Walter Braunohler, declined to comment on the reported threat but said the consulate in Chiang Mai was open as usual.

“We continue to take every precaution necessary,” he added.